In a college football world of clones and tyrants, Mike Leach was his own man

We hear it all the time from collegiate head football coaches: “I’m only here to talk about the game.”

Ask most head coaches anything other than X’s and O’s and you’ll get shown the door quicker than a future son-in-law with a mohawk and a snarl. Trying to get millionaire college football coaches to open up is like trying to get an alligator to open up its jaws after it found a wayward duckling. There’s not a crowbar in the world that’s going to pry any universal truths from Nick Saban or Jimbo Fisher.

But not Mike Leach.

It almost felt like Leach preferred to talk about any subject on earth more than he enjoyed talking about football. Especially after a loss. Ask him about Native American war strategy, and you wouldn’t have you ear back for 2 hours.

Mike Leach saw the tweet from @YahooSports about which celebrity-packed table you’d sit at. His table was with @KingJames and @TheEllenShow. If he could hand-pick his table, he’d take George Washington and Geronimo. pic.twitter.com/hROeS2nq0X

There are no other coaches out there like Mike Leach, and with his passing late Monday night from a heart condition at age 61, the college football universe got a little dimmer.

That made it perfect for the Pirate.

Could Leach’s act have played in Tuscaloosa or Austin or Ann Arbor? I doubt it. He offended as many people as he tickled. He ran off players who didn’t give him the effort he expected, and worse, he wasn’t shy in hiding that fact. Some coaches treat discord as if college football was the Kremlin. Leach wasn’t shy in hiding his feelings.

Just last week, former Mississippi State running back Dillon Johnson announced his decision to transfer and left with a parting shot after Leach was caught in leaked audio saying he “wasn’t very tough.”

"Since I am not very tough and [Mike] Leach is glad I am leaving."

Dillon Johnson with a different way to announce he is entering the transfer portal pic.twitter.com/EB3CRRYxbP

That was about the 203rd worst thing Leach has said or done about a player. From kicking them out of practice or off the team, to taking the entire wide receiver unit’s sideline chairs to famously sending them to stand in dark football sheds (more on that later), Leach was never afraid to clash with his players. Would that have flown in Eugene or Gainesville? I’m not so sure.

Never forget Mike Leach taking away chairs because “his players didn’t deserve to sit down” ?

He was truly one of a kind. He will be missed pic.twitter.com/gVDM95PS21

And let’s not pretend college football’s blue-bloods would’ve taken a chance on a wacky dude who did not even play college football, but instead rugby, which he did while attending BYU from 1979-83.

That he even ended up a football coach is a major part of his lore. He was the son of Sandra and Frank Leach, and Frank was a Korean War veteran who moved the family around a bunch as a kid, finally settling in tiny Susanville, tucked up against Lassen National Forest in the mountains of Northern California, population just over 16,000. An ankle injury in high school cost Leach his college football career, and he was well on his way toward becoming a lawyer, earning a Juris Doctor from Pepperdine School of Law, before realizing his passion lie in coaching and football. He’d stayed close to the program at BYU, getting some words of wisdom from LaVell Edwards, one of the most innovative passing minds in the game, and after brief stints as an assistant at Cal Poly and at College of the Desert in Palmdale, Calif., and as head coach of the Pori Bears of the American Football Association of Finland, he found himself under the tutelage of Hal Mumme, another Edwards disciple.

As Mumme’s offensive coordinator at Iowa Wesleyan College, the two developed the Air Raid offense that would become the stuff of football legend. Then came stints alongside Mumme at Valdosta State and Kentucky, where they turned Tim Couch into a No. 1 pick.

The Air Raid was as innovative as it was foreign to college football, which was still in its ground-and-pound days. Along with Steve Spurrier’s Fun-N-Gun system, the new spread looks and multiple route trees and designed short passes changed the game. Its practitioners were always so proud of that, Leach included.

Two years ago, when Mumme was serving as offensive coordinator for the XFL’s Dallas Renegades and I served as senior features writer for the league, we spoke about the origins of the offense, and how it came to be. Hours after our chat, I got a text from Hal. 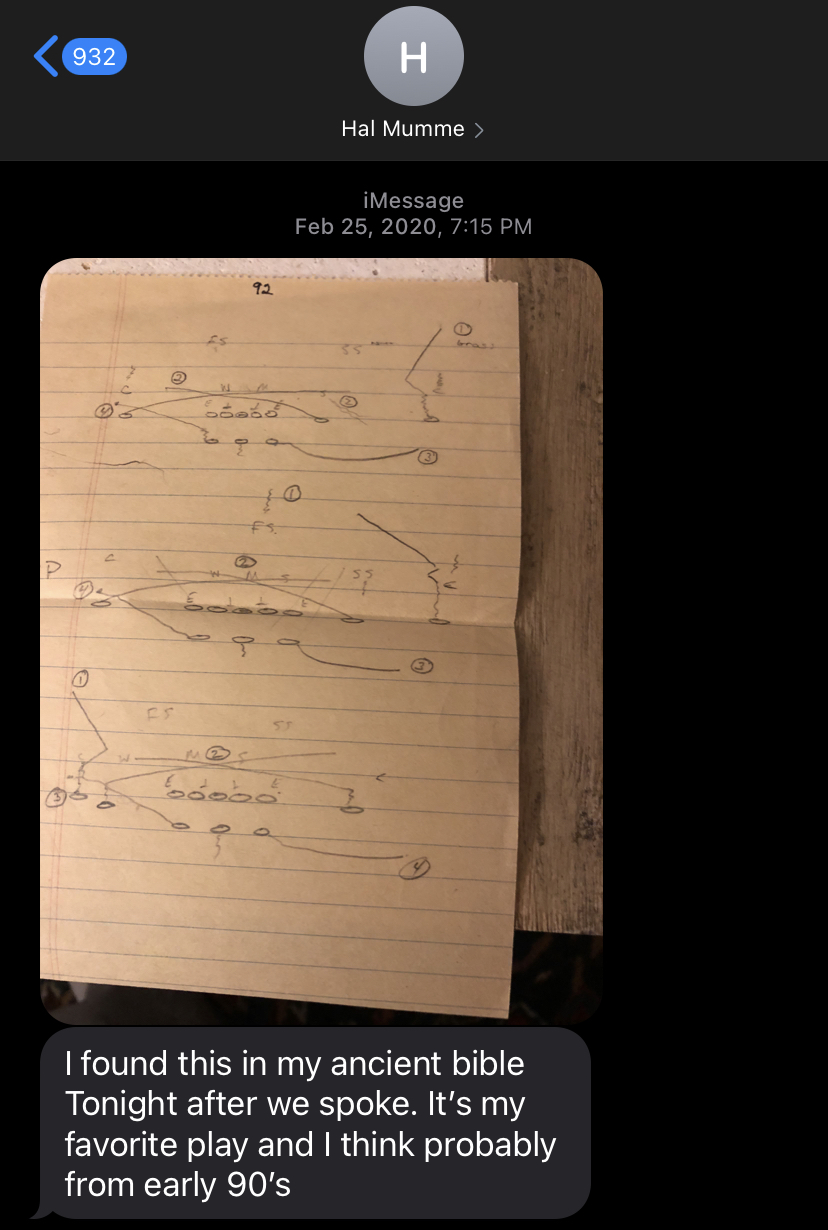 It was an offense as complex as it was fun, and it was damn fun, and Leach would take the Air Raid all over the college football map, first becoming a national star as head coach at Texas Tech, and then at Washington State, before relocating to Starkville.

For a while there, he was ours.

Cast aside by the Red Raiders after a now infamous clash with former ESPN talking head Craig James and his son, Adam, Leach was hired by Cougars athletic director Bill Moos in 2011 after a 2-year exile. Being sidelined instead of on the sidelines was painful for Leach, but it did allow him to pursue other passions, like researching the Battle of Horseshoe Bend, the tipping point of the Creek War.

Up in Pullman, Leach continued to be himself, a one-off in the rigid world of college football. And not always in a good way.

He almost instantly ran off his top receiver, Marquess Wilson, then the all-time leading receiver in team history, who issued allegations of abuse before recanting them.

He’d inherited a bad team from Paul Wulff, one with bad habits — the Cougars were 9-40 in the 4 years before Leach — but within 4 years, he had things turned around. The Cougars went 9-4 in 2015 with Luke Falk throwing for 4,500 yards and 38 touchdowns with just 8 picks. That year kicked off a run of 5 straight bowl games for the Cougars, topping out in 2018 when Wazzu went 11-2, won the Alamo Bowl and finished 10th in the country. The Cougars had only been to 7 bowl games in the previous 23 years before Leach was hired.

Once again, his passing attack had revolutionized a conference, as Pac-12 coaches started adopting his concepts into their passing games. Given more time in Pullman, he almost certainly would’ve turned Washington State into a regular Pac-12 contender.

Instead, he left for Starkville and Mississippi State, where he helped resuscitate a program that stalled out under Joe Moorhead.

Getting a head coaching gig in the SEC once again thrust Leach onto the national map, and he was just getting things going for the Bulldogs, leading them to an 8-4 record this year after just 4 wins in 2020 in his first year.

Now he leaves the Starkville community, as well as the rest of the college football community, stunned once more.

His untimely passing at the age of 61 late Monday night, surrounded by friends and family, has the football world stunned. The outpouring has been overwhelming. It seems like everyone has a favorite Mike Leach story or clip.

We mourn, together, not for the Air Raid or for the innovation or for anything having to do with football. We mourn because we know, deep down, there will never be another one like Mike Leach.

Jon Gold
Jon Gold has won multiple state and national awards covering college football. He is the Pac-12 columnist for Saturday Out West. Follow on Twitter.
PRESENTED BY