In the Georgia-Tennessee rivalry, Cade Mays was the biggest offseason.

Mays transferred from Georgia to Tennessee in January. When the news broke of Mays entering the transfer portal, Bulldog media revealed that the Mays family was suing UGA over an incident during a recruiting visit which resulted in the amputation of one of Mays’ father’s fingers.

Mays was in headlines throughout the offseason as Tennessee fans campaigned to #FreeCadeMays. Mays had his initial NCAA waiver request denied in August. After the denial, Mays’ lawyer Gregory Isaacs stated that the appeal would focus on the “toxic environment” at Georgia.

Despite everything, there isn’t appear to be bad blood between Mays and his former head coach, Kirby Smart.

Seth Emerson of The Athletic shared a photo of a postgame embrace between Mays and Smart: 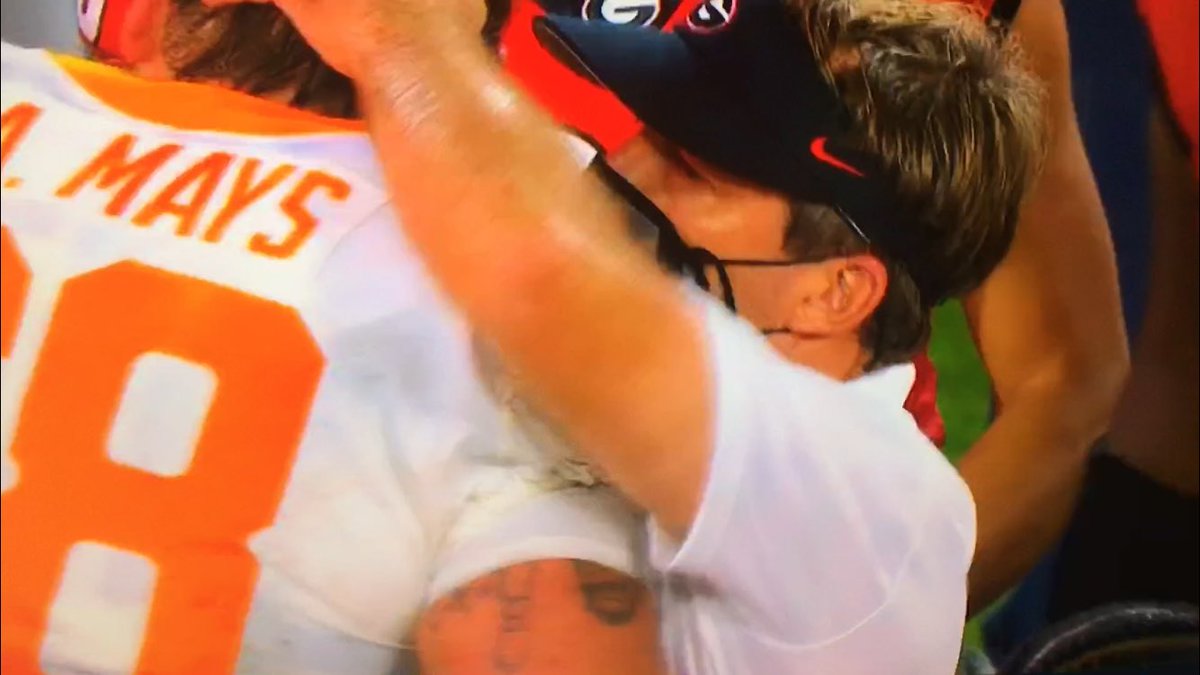