Good morning and happy Monday! Reminder that there won’t be a newsletter on Thursday, as we prepare to relaunch the new-look newsletter on Monday, March 1. We hope you’ll enjoy the new features we have coming your way ahead of the 2021 season!

In today’s newsletter, we’ll discuss what LSU is doing to get back to its 2019 self after a tough 2020 season. We’ll also explore a Michigan team still making changes even as spring practices approach. Finally, we’ll take a look at the extended NCAA recruiting dead period and what impact it’ll have on players and teams. Let’s get started, shall we? 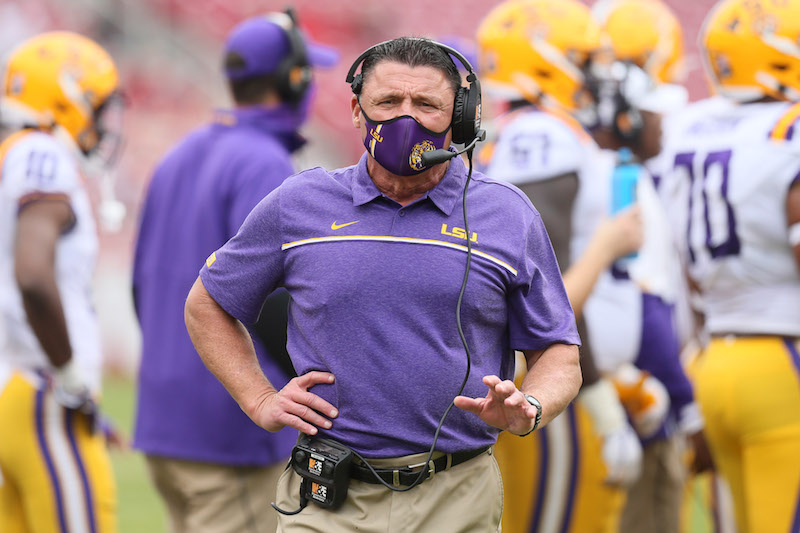 After winning the 2019 College Football Playoff championship, the LSU Tigers took a major step back in 2020. They finished 5-5 overall and missed the postseason due to a self-imposed bowl ban. They also saw starting QB Myles Brennan miss most of the year with an injury.

So, can the Tigers turn things around in 2021 and beyond? There is some positive momentum in Baton Rouge. Let’s take a look at the latest out of the LSU program:

Will these changes work out for Coach O and the Tigers? SEC Network’s Paul Finebaum explained why it’s important for Orgeron to have a good year in 2021. If all goes well, though, then the worst thing to happen to Coach O this year will be this awful portrayal by an actor playing him in the “Young Rock” series.

Joe Milton is out, transfer numbers are high and more staff changes. Will the wild offseason stop at Michigan? 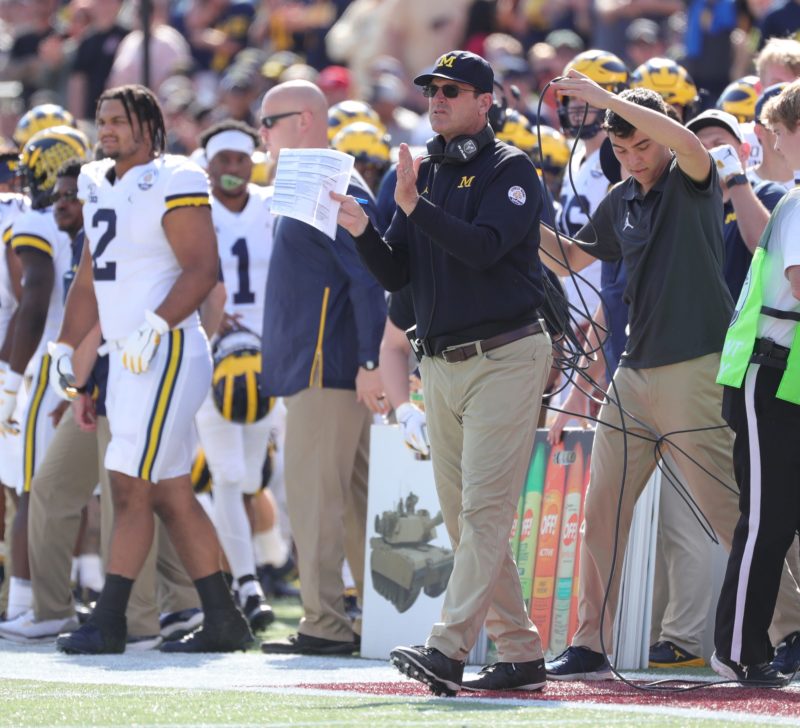 With Michigan announcing that spring practice is starting on Monday, there was probably an expectation that the offseason drama had concluded. To quote College GameDay’s Lee Corso, “Not so fast, my friend!”

This past week, former starting quarterback Joe Milton announced he was leaving the program, two linebackers also entered the NCAA transfer portal and Michigan saw its linebackers coach leave for a job at Tennessee. That’s quite a lot of action for a team preparing to open spring practice. The big question is, are any of these late changes a major concern in Ann Arbor?

Change is inevitable in college football. Rarely, though, do we see something quite as drastic and complicated as we’ve seen in Ann Arbor in the months since last season ended. Will it help Michigan re-establish itself as a blueblood program in the B1G? Or will we see more of the same in Harbaugh’s seventh season?

For today’s quiz, let’s see how well you know your rivalries. We’ll give you six of the biggest rivalries in college football. Your job? Pick the side that currently has the edge in the rivalry. Got it? Here are the rivalries:

The NCAA has extended the recruiting dead period. What does this mean for schools and recruits? 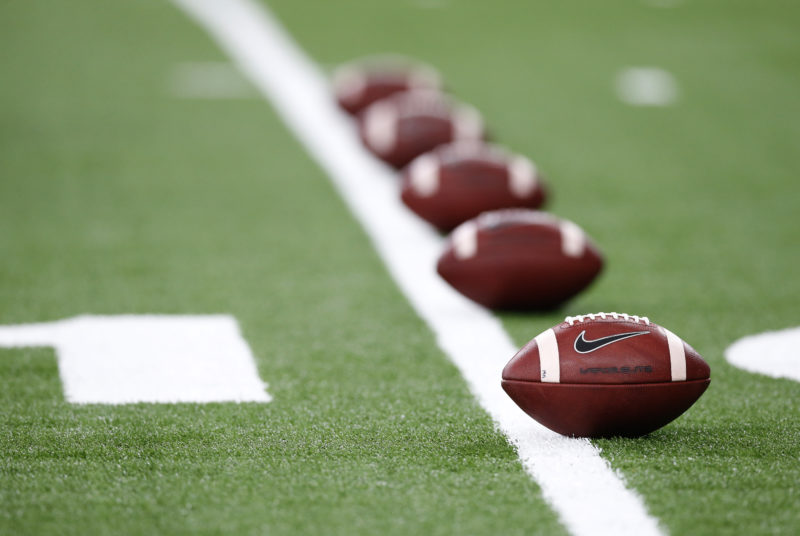 The NCAA has had a recruiting dead period in place since the early days of the COVID-19 pandemic. It has been extended a few times, and recently, it was announced that the NCAA had extended it again. Now, schools can’t do any in-person recruiting until June 1 at the earliest.

So, what does this mean for programs around the country? And, how should recruits feel about this news? Let’s take a look at what’s being said nationally about the dead period:

It’s a difficult situation to navigate, obviously, but with the COVID-19 vaccine being administered across the country, things could soon go back to some semblance of normal. The NCAA now seems set to open recruiting on June 1. But, some want it to be opened back up sooner. We’ll see what happens as many FBS teams begin preparations for spring practices this coming week.

Here are the answers to today’s college football rivalries quiz:

“It was tough going through all the years just playing a couple plays. It definitely was tough, but just going in made me confident. So I’ve just been working my tail off every year just trying to get better. That’s all I’m focused on.”

– Florida QB Emory Jones describes how it was tough at times to wait his turn behind Kyle Trask and others. Now, entering the 2021 spring season, Jones has a chance to win the starting job. Can he do it?

As @RedditCFB playfully tweeted after Michigan beat Ohio State in men’s basketball on Sunday, this is the first time in a while that the Wolverines have gone “undefeated” against the Buckeyes in football and men’s basketball in the same season. The word “undefeated” is key, obviously, as the Buckeyes and Wolverines didn’t meet on the gridiron this season due to COVID-19 issues. The Buckeyes currently own an eight-game winning streak against their rivals.

RECENT ARTICLES
SEC
The College World Series is back. And it never sounded so good
SEC
SEC teams, coaches celebrate Father's Day with grateful messages
SEC
Here's a simple solution for the debate about where quarterfinals should be played in a 12-team Playoff
SEC
College football world remembers Hawaii icon Robert Kekaula after his passing