A bold prediction for each Week 11 SEC game

It’s Week 11, and we’ve got some crazy SEC action to make crazy predictions about here in the Bold Predictions department. Yes, the SEC game of the year is finally here. But don’t lose sight of other stories, like Arkansas possibly winning a game, App State hoping to upset a 4-5 South Carolina team and Kentucky and Tennessee trying to make a bowl bid a reality. We’ll cover it all in our usual fashion — one off-the-wall, out-there or outright crazy prediction for each game.

Vandy hangs in … for a half

Florida will be a little emotionally hung over from the Cocktail Party. Vandy, well, Vandy will probably be terrible, but maybe after injuring every QB on the roster, it will hand the ball to Ke’Shawn Vaughn, who honestly should probably get 35 carries a game right now. Vaughn (and UF’s sleepwalk) will keep it close for a half, before the Gators awaken and win by three scores (which means they don’t cover the spread) despite 125 rushing yards from Vaughn. 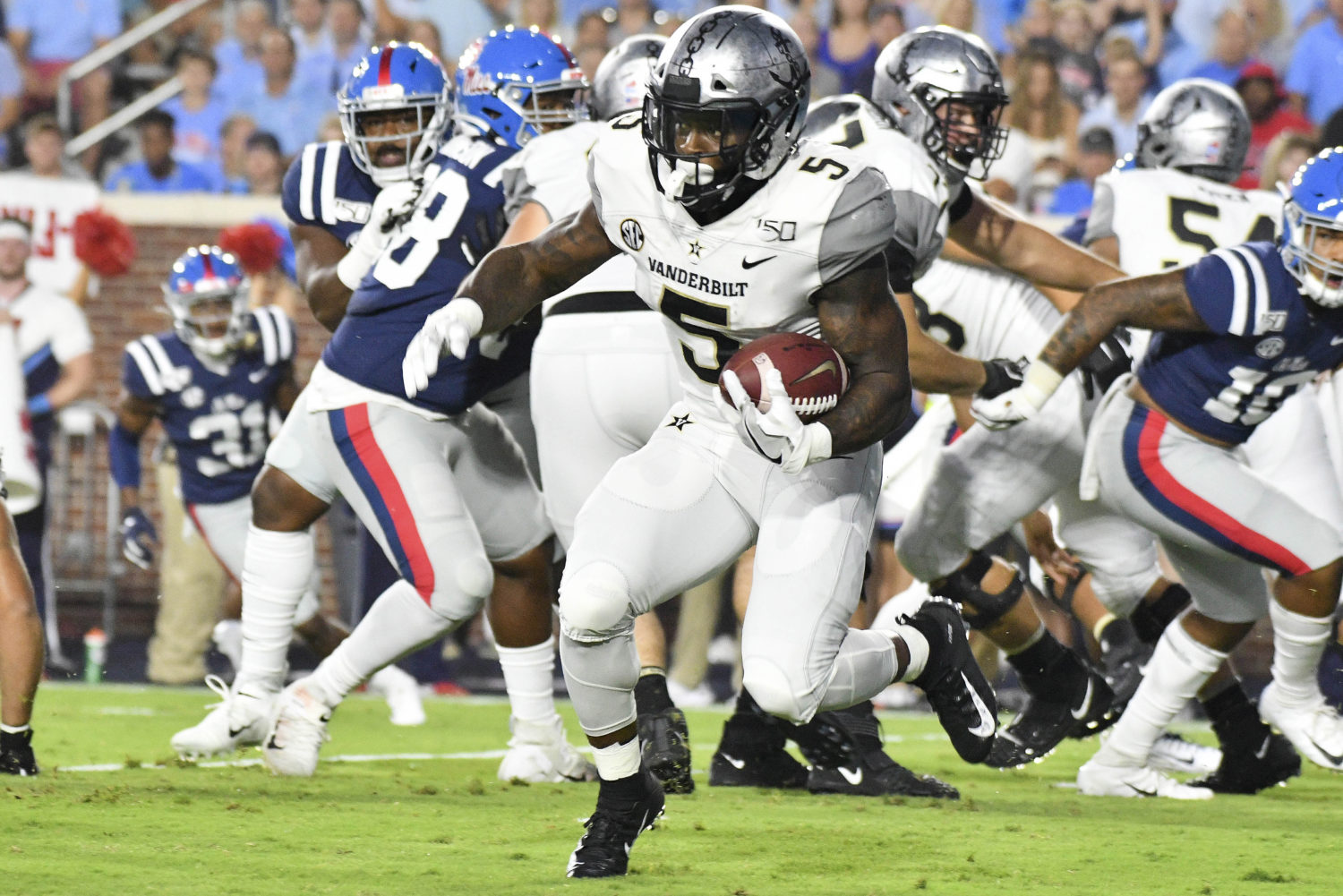 Ke’Shawn Vaughn is good enough to keep things close, for a while. Photo by: Matt Bush-USA TODAY Sports

I’m a WKU alum who tries to be realistic about his alma mater. It’s not terribly good. But it does have a guy named Lucky Jackson who might catch a dozen passes this weekend against a fairly disinterested Arkansas secondary. If Arkansas is smart, it will ride Rakeem Boyd. If Arkansas were smart, would it be where it is? WKU by a field goal.

We may actually need to make up numbers for how badly the Rebels will pound New Mexico State’s run defense. A few things to know about NMSU — it’s 0-8 and it gives up 42.4 points per game and 263.5 rushing yards per game. John Rhys Plumlee might rush for 200 yards. He could probably get more, but Ole Miss will be so deep into its bench that it won’t matter. Ole Miss will cover that 29-point spread — shoot, make it 40 — and will rush for 400 yards doing it. 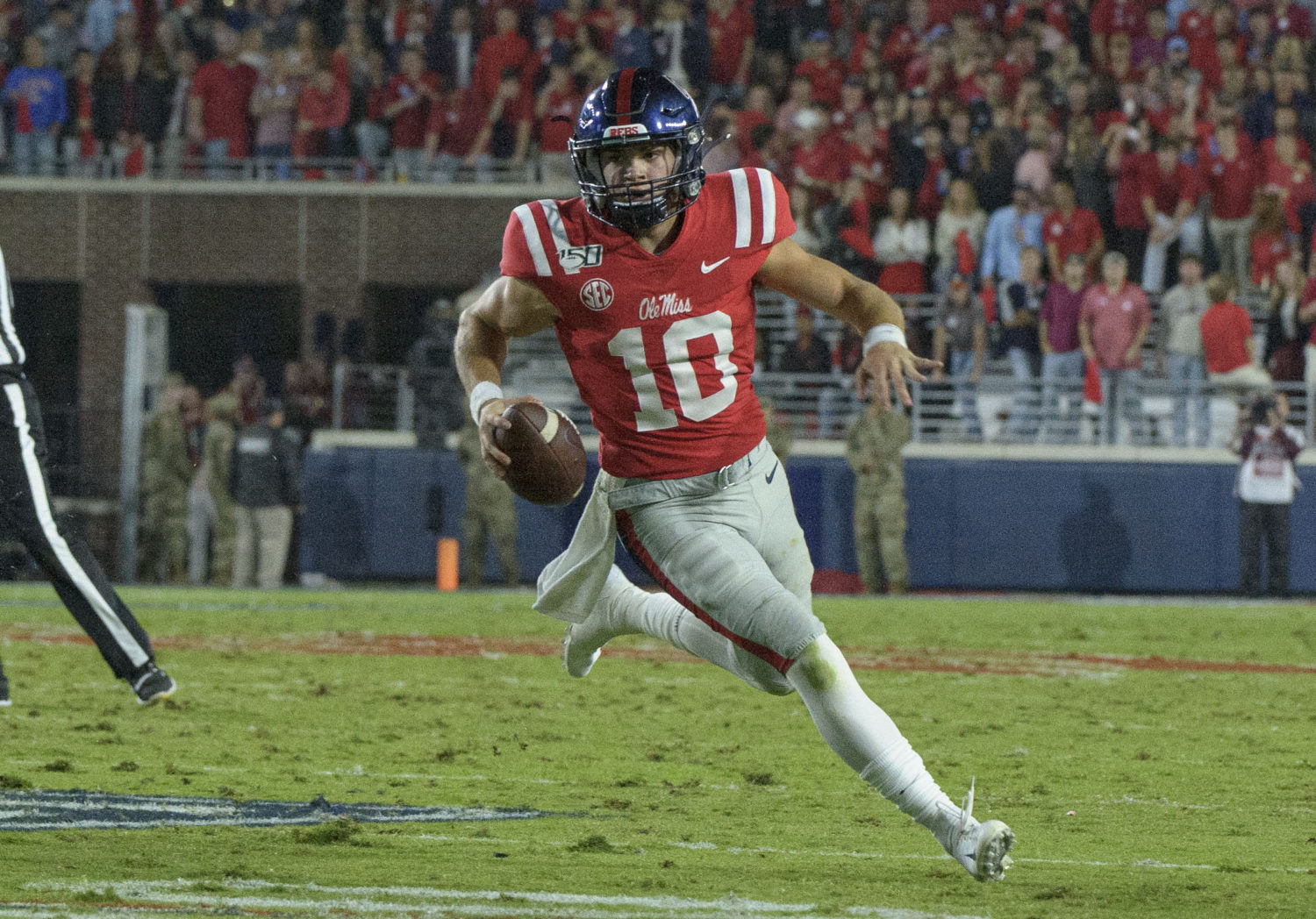 Georgia might struggle out of the gate against Missouri. The Tigers are actually a pretty tough matchup for the Bulldogs and will keep it close, maybe even leading at halftime. Down the stretch, Georgia will lean on D’Andre Swift and Zamir White and pop a couple of big runs to win by three scores. We see not one but two 100-yard rushers for the Dawgs.

Which Carolina does App State get? (One that doesn’t cover the point spread)

This game would have been a popular upset pick, had App State not lost last week to Georgia Southern. Meanwhile, South Carolina looked great against Vandy. But so might anybody. Is this the Carolina team that out-fought Georgia? Or the one that took a second-half nap against Tennessee? Not being certain, we’ll take the Gamecocks to win — but not to cover. This one comes down to a field goal, but USC does make it.

Sawyer Smith is back?

Given the way the Lynn Bowden run-first, run-second, reluctantly-pass-third offense has worked for UK, many expect him to play the rest of UK’s snaps. He’ll still be at QB plenty against Tennessee, but Sawyer Smith might be well enough to inject the possibility of a passing game back into UK’s attack. Smith will play in spots, but his ability to cobble together a couple of big passes (maybe a couple to Bowden) will be the difference in Lexington as UK edges this one out by a field goal. 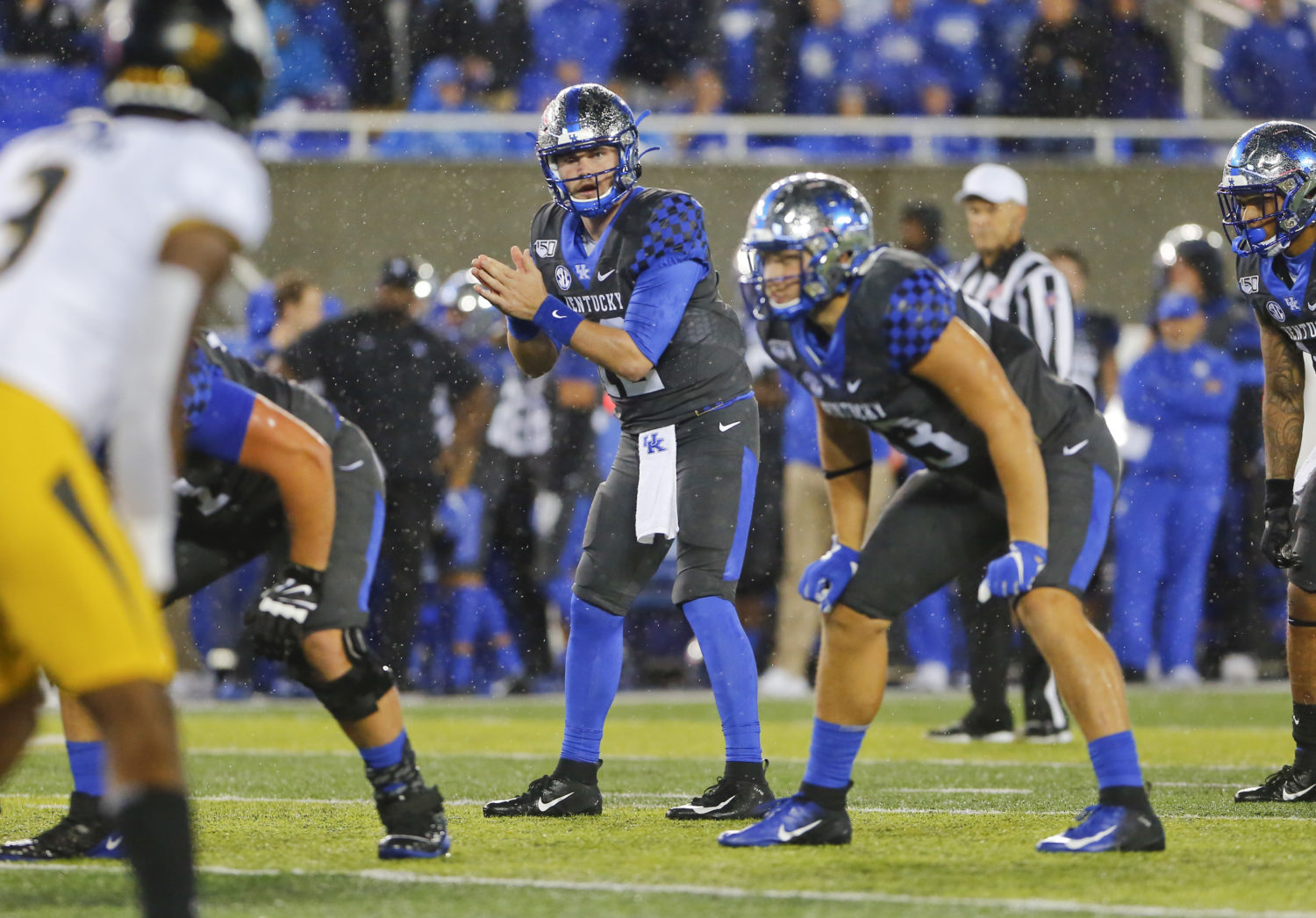 LSU finds a way — via the kick

Granted, there aren’t a ton of things to say about a game this competitive that would register as “bold.” Alabama is a favorite and a solid favorite, but plenty of people are picking LSU. The Tigers have played a much more competitive schedule to date, and this is where that experience comes in handy. Joe Burrow has looked top-10 teams in the eye in the fourth quarter and found a way to win. Tua Tagovailoa will probably be brilliant, but he hasn’t had that chance this year — or many times, period. The Alabama kicking game is always a potential problem spot. Of all the components of a team that might struggle from NOT being in prior close games, the kickers might be most susceptible. That will be the difference — maybe it’s a missed field goal, or an untimely shanked punt, or LSU gets a key block. But Alabama’s lack of experience in close games and kicking game struggles will be the difference. Tigers by a late score.

Joe Cox
Joe Cox is a columnist for Saturday Down South. He has also written or assisted in writing five books, and his most recent, Almost Perfect (a study of baseball pitchers’ near-miss attempts at perfect games), is available on Amazon or at many local bookstores.
RECENT ARTICLES
SEC
1 bold prediction for every SEC defense in 2022
SEC
Paul Finebaum blasts ACC as a 'diminished conference,' questions leadership of Jim Phillips
SEC
First and 10: Buy or sell? Taking stock of the SEC ...
SEC
Kirk Herbstreit suggests college athletes could eventually get share of TV money