Basketball season begins this week across the SEC for both men’s and women’s basketball, and the SEC Network has released which games will be televised.

The season tips off with a double header with Morehead State at Kentucky in men’s basketball at 6 p.m. ET on Wednesday, followed by Jacksonville State at Alabama at 8 p.m. ET.

At 7 p.m. ET on Friday, Valparaiso will play at Vanderbilt.

For the men, Tennessee was voted the overall preseason pick for the first time since the 2008-09 season. SEC play is set to begin Tuesday, Dec. 29 and SEC Network’s conference TV slate will be announced at a later date.

On the women’s side, non-conference action begins on Sunday, Nov. 29 at 4 p.m., with Kentucky hosting Belmont.

Defending SEC champion South Carolina was picked to defend its title and will start the season as the top-ranked team in the AP Preseason poll for the first time in program history. Conference play starts up before the ball drops on New Year’s Eve, as Ole Miss and the Gamecocks battle in Columbia at 6:30 p.m. on Friday, Dec. 31, with Arkansas at Kentucky immediately following at 8:30 p.m. on SECN. 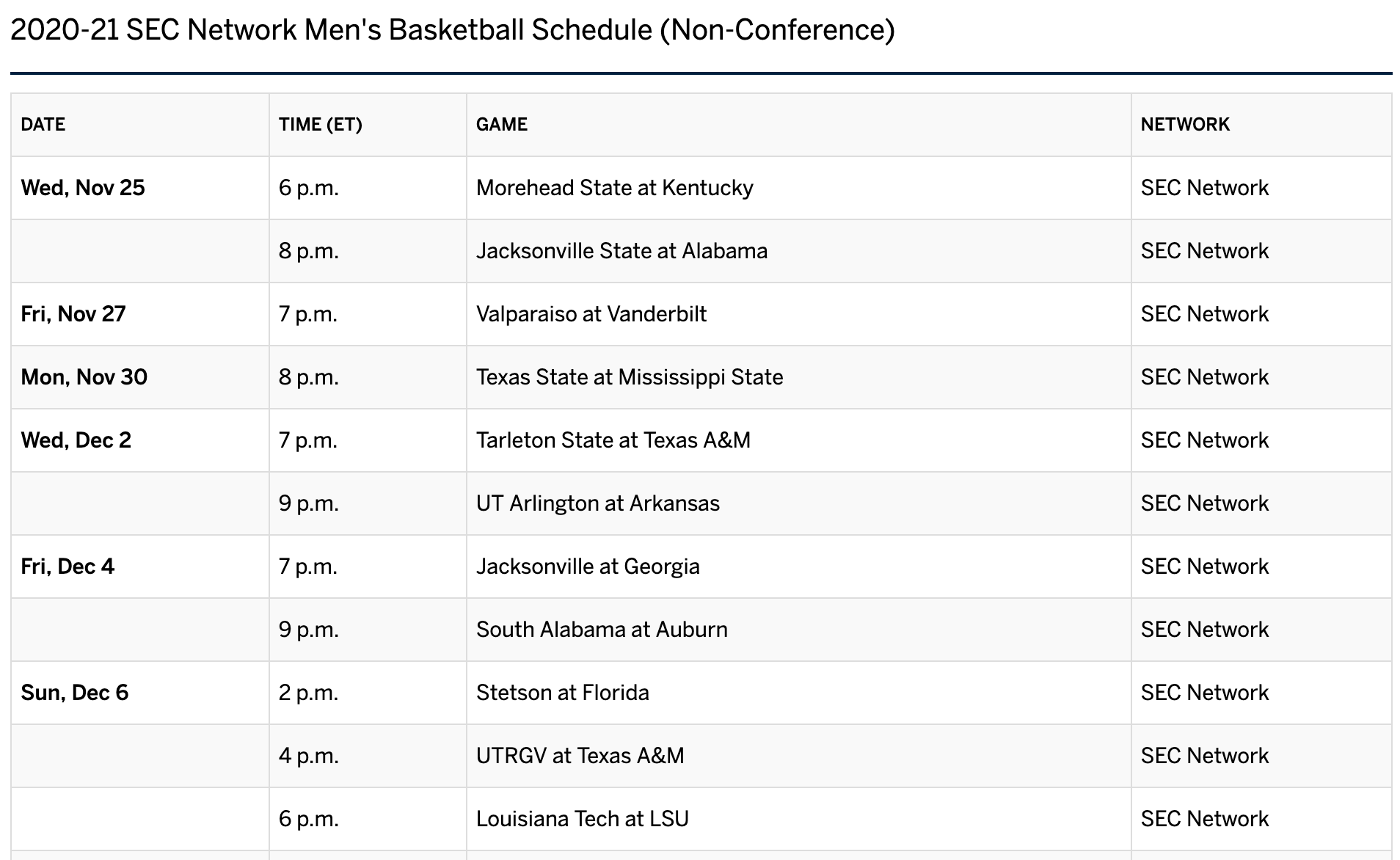 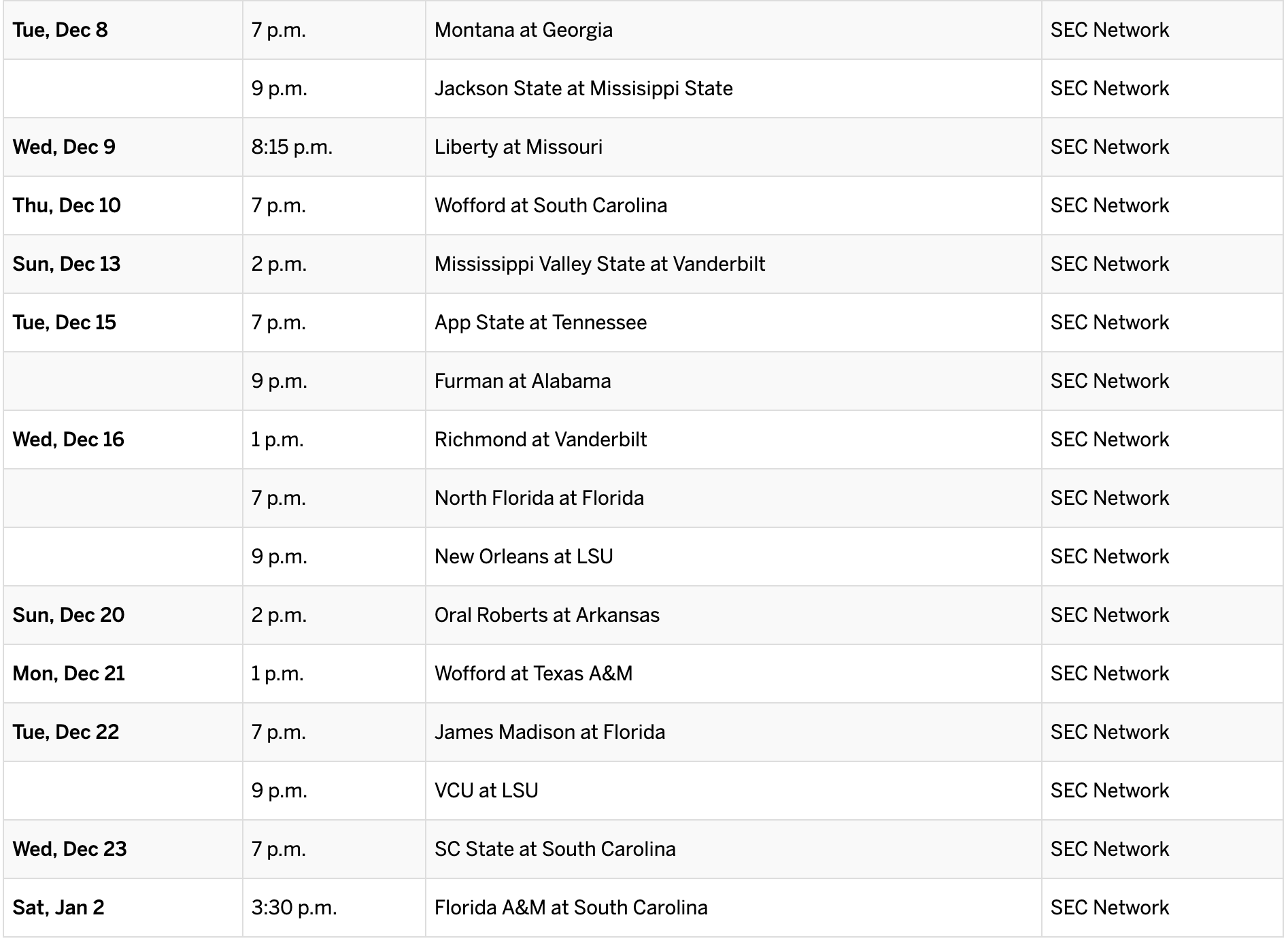