There are some huge games in the SEC this weekend, including No. 1 Alabama going on the road to play 11th-ranked Florida, and No. 22 Auburn heading north to face No. 10 Penn State.

On Wednesday, as he does each week, ESPN’s Bill Connelly released his weekly predictions using his SP+ model, which he has described as “my opponent- and tempo-adjusted look at the most sustainable and predictive aspects of college football. It is intended to be predictive and forward-facing.”

In the two huge games mentioned above, the SP+ model predicts a 33-26 Alabama, victory, which would equate to the Gators covering the 14.5-point spread, and Penn State winning at home, 28-23, meaning the Tigers would cover the 6-points they are currently catching.

Here’s a look at what the SP+ model predicts for the rest of the week’s SEC action: 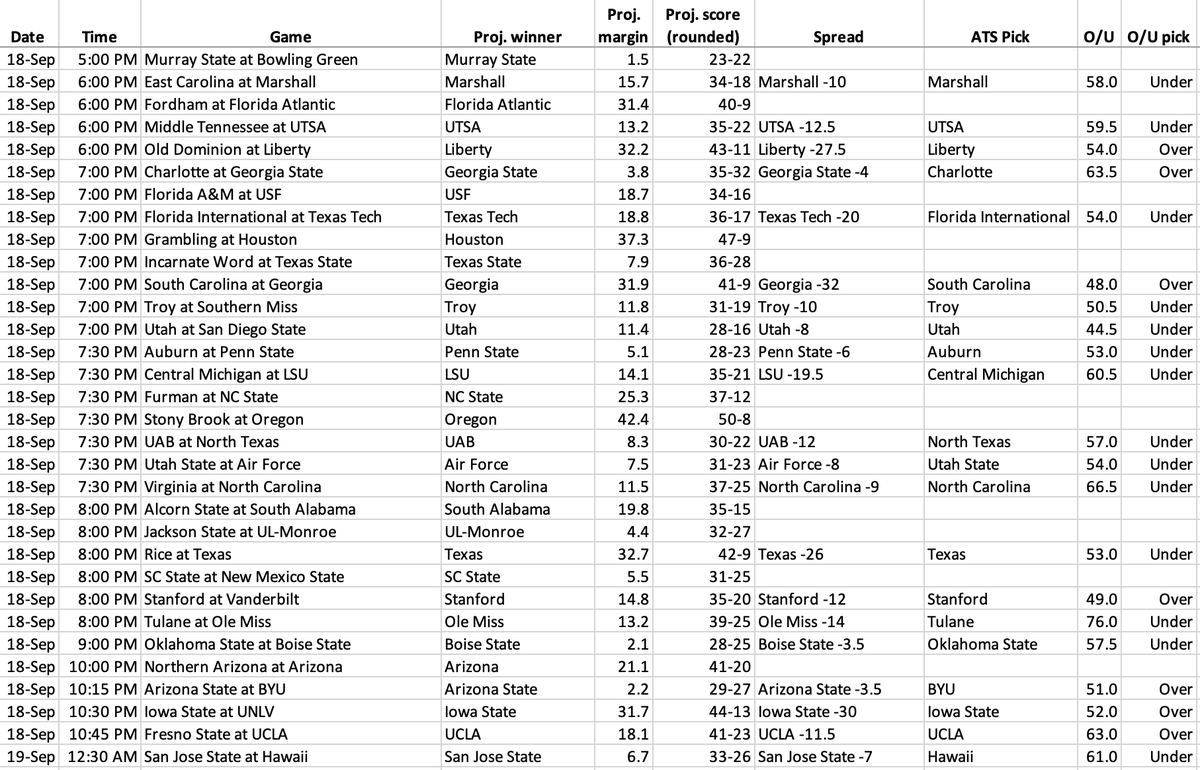