Meet the new boss, same as the old boss. After Alabama’s dismantling of Tennessee, West is still best in the SEC.

With the Crimson Tide moving to 7-0 in dominating fashion, the game of the year in the conference is scheduled for next week in Tuscaloosa. Texas A&M, also unbeaten and fresh off a bye, will visit Bryant-Denny Stadium.

As for the East, a second defeat in league play for the Volunteers — they lost in double overtime to the Aggies last week — means that they no longer control their destiny in the division. Even after going down in Knoxville two weeks ago, Florida has only been beaten once. The Gators now have the inside track to Atlanta.

Here are my top five takeaways on the divisional races based on what we saw on the field Saturday. ‘Bama haters beware.

1. The rest of the SEC should be terrified of the Tide

The Vols were supposedly the best team in the East, but Alabama went into Neyland Stadium and ripped them limb from limb for four quarters.

On the offensive side of the football, quarterback Jalen Hurts is getting better as a passer and already an incredible runner. The stable of skill-position talent at his disposal is deep and dangerous, too.

As for the defense, the Crimson Tide held UT signal caller Joshua Dobbs to 92 yards passing and minus-31 rushing — he was mercifully pulled a few minutes into the final period. Their pass rush is relentless. Their linebacking corps is punishing. Their secondary is opportunistic. No Kirby Smart, no problem.

Even with Texas A&M, LSU and Auburn still left on the schedule, ‘Bama even losing once seems like a stretch. Twice? No chance.

2. Tennessee should run the table in conference play

The Volunteers just finished a four-week gauntlet as tough as any in the country: Florida, Georgia, Texas A&M and Alabama.

Unfortunately, a 2-0 start to that month-long trek ended with an 0-2 finish. The Aggies and Crimson Tide proved to be better teams. Even worse, those victories over the Gators and Bulldogs might not be so impressive after all. 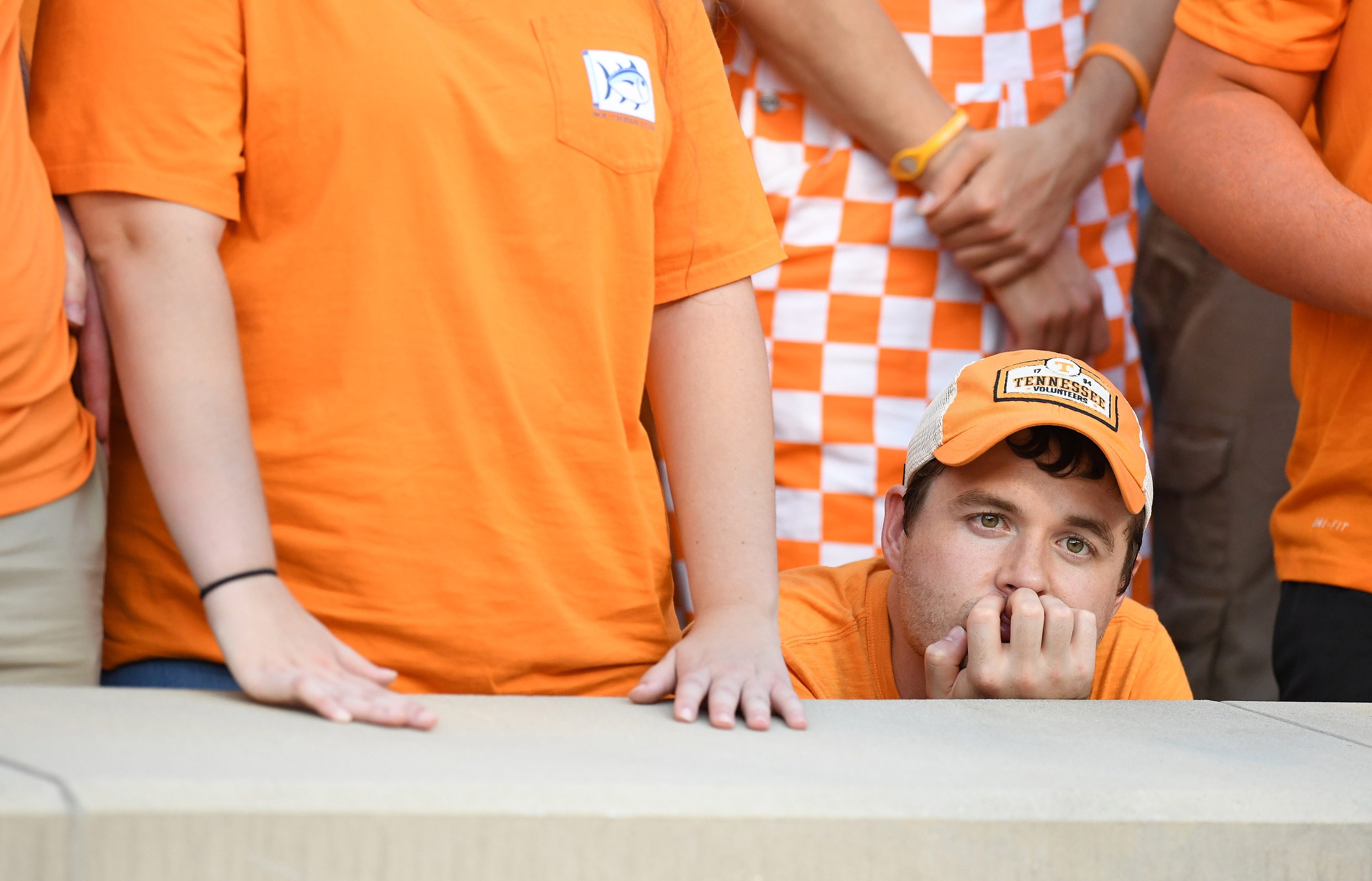 Since losing to the Vols, UF slogged its way through a 13-6 win at Vanderbilt and looked awfully sloppy offensively in a 40-14 beatdown of Missouri at home — two second-quarter pick-sixes and a late kickoff return for a touchdown inflated the final score. UGA was just upset at home by lowly Vanderbilt, which won its first SEC road game in three years.

After taking care of Mizzou at Ben Hill Griffin Stadium, the Gators moved to 3-1 in the SEC. The Volunteers fell to 2-2.

If UF wants to win the East for the second consecutive year, then it must finish ahead of UT by a game in the standings. That head-to-head loss has been quickly erased with the Vols dropping two straight to Texas A&M and Alabama.

However, unlike Tennessee, the Gators will be challenged in three of their final four conference matchups. The annual Cocktail Party with Georgia — the Bulldogs are reeling, but it’s a rivalry game — is in two weeks following a bye. Then there’s a road trip to Arkansas, plus that rescheduled LSU tilt is now in Baton Rouge, not Gainesville.

While Florida appears to be in control of the division, there are still a handful of land mines buried in the turf.

4. Georgia solidified as nothing more than a pretender

Vanderbilt coach Derek Mason was yet to win a road game in the SEC. Few predicted his first to come Saturday in Athens.

Even if Bulldogs quarterback Jacob Eason (below) threw for 346 yards, the box score doesn’t tell the whole story. A handful of his completions were nothing more than short pitches to jet-sweeping receivers. He doesn’t have any touch, either. 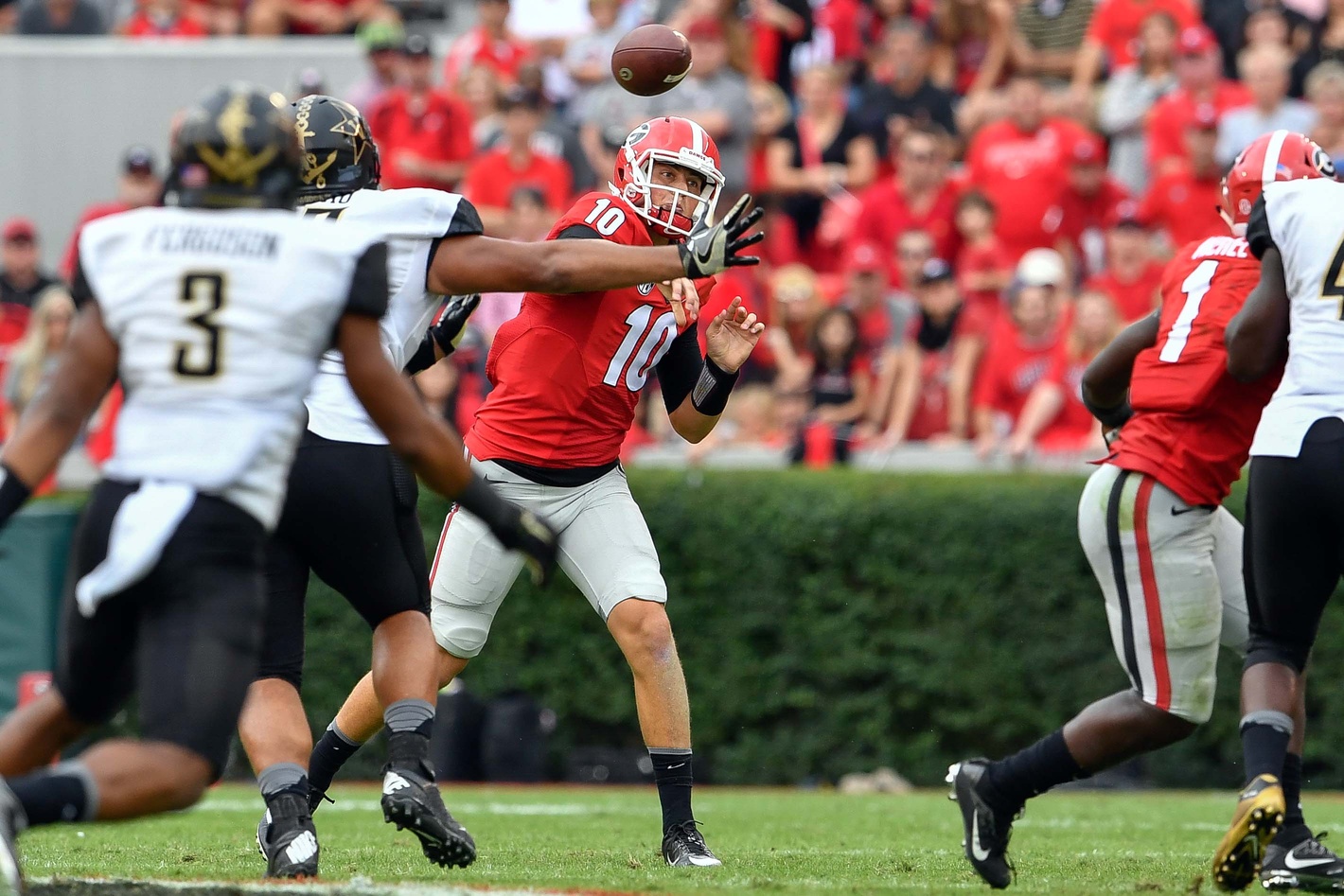 Incredibly, just two weeks ago, UGA was a Hail Mary away — how many times do we have to say it? Just knock the ball down! — from taking control of the East. If the Dawgs had held on against Tennessee, the Volunteers might already be eliminated in the division race. Instead, two weeks later, Georgia seems to be dead.

The Vandy disaster has Smart and Co. playing spoiler the rest of the way, beginning with rival Florida in two weeks.

5. LSU the sneakiest of contenders left in the West

Despite firing coach Les Miles following a miserable 2-2 start, the Tigers still control their destiny in the division.

The Bayou Bengals have embraced a second chance at their season promised by interim coach Ed Orgeron, who is 2-0 after blowouts of Missouri and Southern Mississippi at home. There is life at Death Valley.

True, it’s going to be a death march to the finish for the purple and gold. LSU still has Ole Miss, Alabama, Arkansas, Florida and Texas A&M on the schedule. Most important, of course, is Nov. 5 against the Crimson Tide in Baton Rouge. Losers of five straight in the series, the Tigers are hungry to end that streak.

With Derrius Guice running the rock so well, Orgeron can afford to be patient with on-the-mend superstar Leonard Fournette.

TRENDING
17,684 READS
Naming names: Why Tennessee must choose among these 3 candidates for its next head coach
15,318 READS
If he's eligible for Kentucky, Wan'Dale Robinson will be the sport's most impactful non-QB transfer in 2021
12,468 READS
To'o To'o and Gray are leaving, too? Whatever your expectations are for 2021 Tennessee, lower them
LATEST NEWS
View All
38 minutes ago
Report: Tennessee AD has Clemson assistant 'high on list' of candidates for Volunteers head coach
2 hours ago
Conor McGregor or Jimmy Dykes? Social media reacts to bizarre ESPN2 segment during Auburn-South Carolina game
2 hours ago
Mississippi State lands Texas transfer DB, former 5-star recruit
2 hours ago
Texas superfan Matthew McConaughey shares early thoughts on Steve Sarkisian
3 hours ago
Auburn alum, former assistant Travis Williams shares farewell to Tiger family
4 hours ago
Ryan Day shares his thoughts on the 'gap' between Alabama and Ohio State
VIEW MORE