As the college football season moves forward, the pundits and experts continue to share and adjust their predictions for which four teams will make the College Football Playoff.

On Wednesday, the FOX college football Twitter account shared the latest picks from “Big Noon Kickoff” analysts Urban Meyer, Reggie Bush, Matt Leinart, Brady Quinn and Rob Stone. To the surprise of no one, all have Alabama making the final four. Only Meyer and Bush, however, have a second SEC team earning a Playoff bid.

Meyer’s pick of Florida is sure to surprise many college football fans. The Gators have not played since losing a 41-38 shootout to Texas A&M on Oct. 10. Dan Mullen’s squad has been in quarantine after a COVID outbreak that the program believes is tied to traveling to College Station.

Bush, on the other hand, picks Georgia as the second conference team to make the final four.

Without quotes from Meyer and Bush, it’s unclear if these picks are tied to speculation for who will win in Jacksonville on Nov. 7 and take control of first place in the SEC East. Both teams already have one loss. The selection committee has yet to put a 2-loss team in the CFP, but that may change with the Power 5 conferences playing fewer cupcakes and more conference opponents. 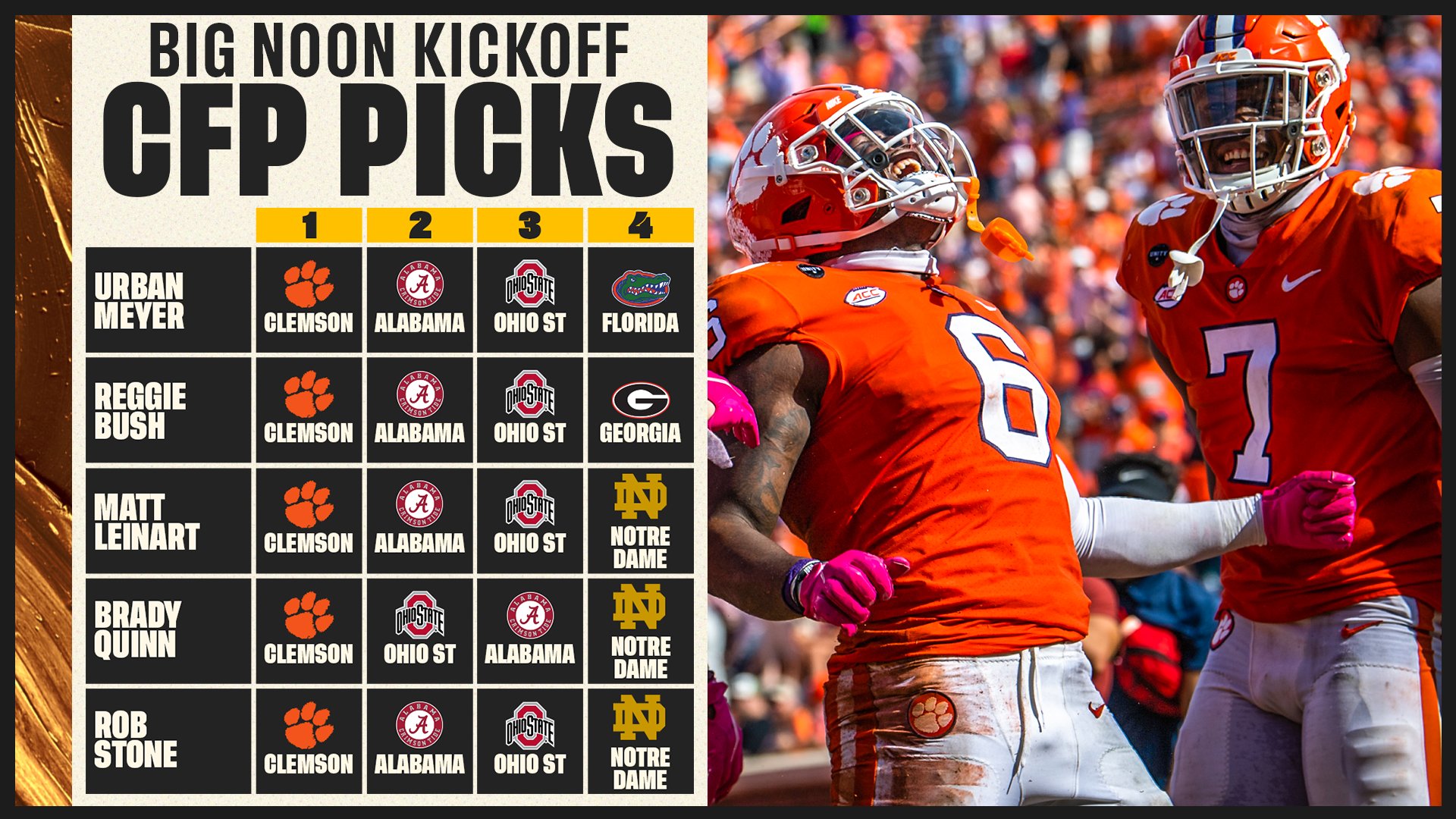