Will the 2020 college football season be played? 99 percent of polled athletic directors believe it will be

While many have been eager to proclaim the 2020 college football season won’t be played in the coming months, the consensus among college athletic directors is that the season will be played.

College football insider Brett McMurphy of Stadium recently published his latest article in an ongoing series relating to a poll conducted of 114 college ADs. McMurphy has done an incredible job providing insight into the minds of some of college football’s power brokers in recent weeks with the latest article continuing that theme.

According to the research conducted by McMurphy, 99 percent of the ADs believe there will be a college football season, however, it is interesting to note that only 24 percent believe the season will start as scheduled.

Starting the season in the spring has been a popular talking point but that idea doesn’t appear to have as much traction with the ADs, as only 11 percent believe that will be the path chosen by college football.

Here’s the information provided by Stadium in a graphic on Twitter: 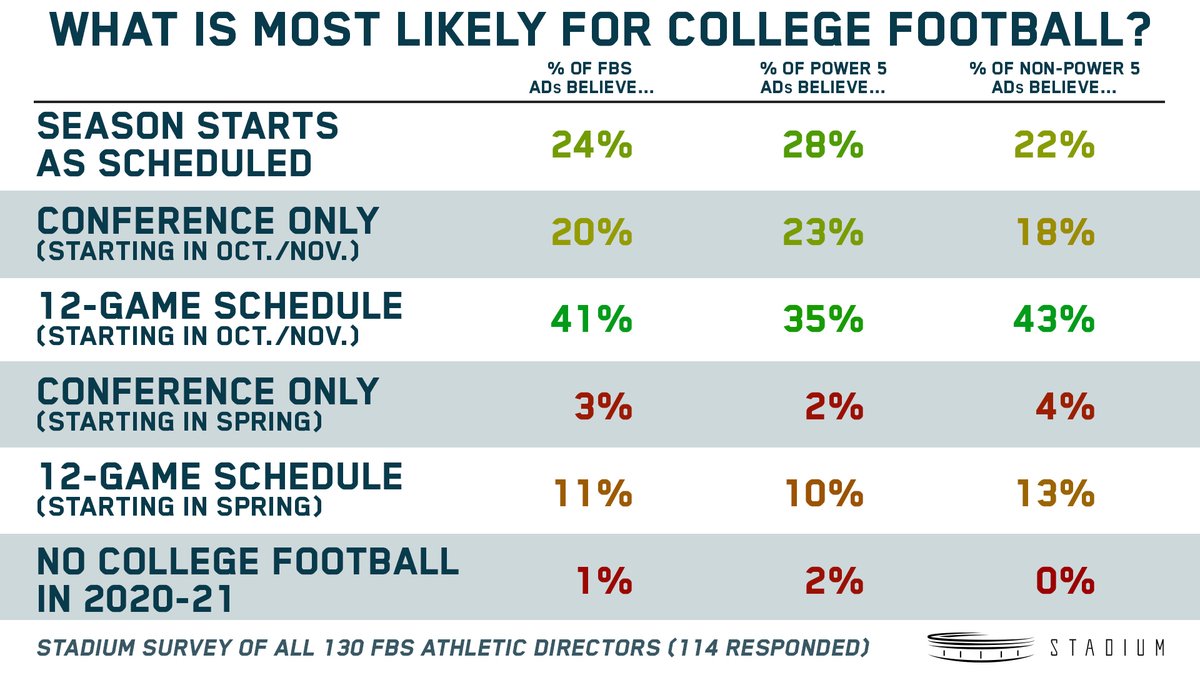