Texas A&M pulled off the stunning upset of No. 1 Alabama on Saturday night in College Station, 41-38.

It was a primetime game on CBS, following the afternoon matchup between Auburn and Georgia.

And, it seems, the primetime matchup was a big one for CBS in terms of viewership. Per a release from CBS Sports, the game was the most-watched TV program of the day on any network: 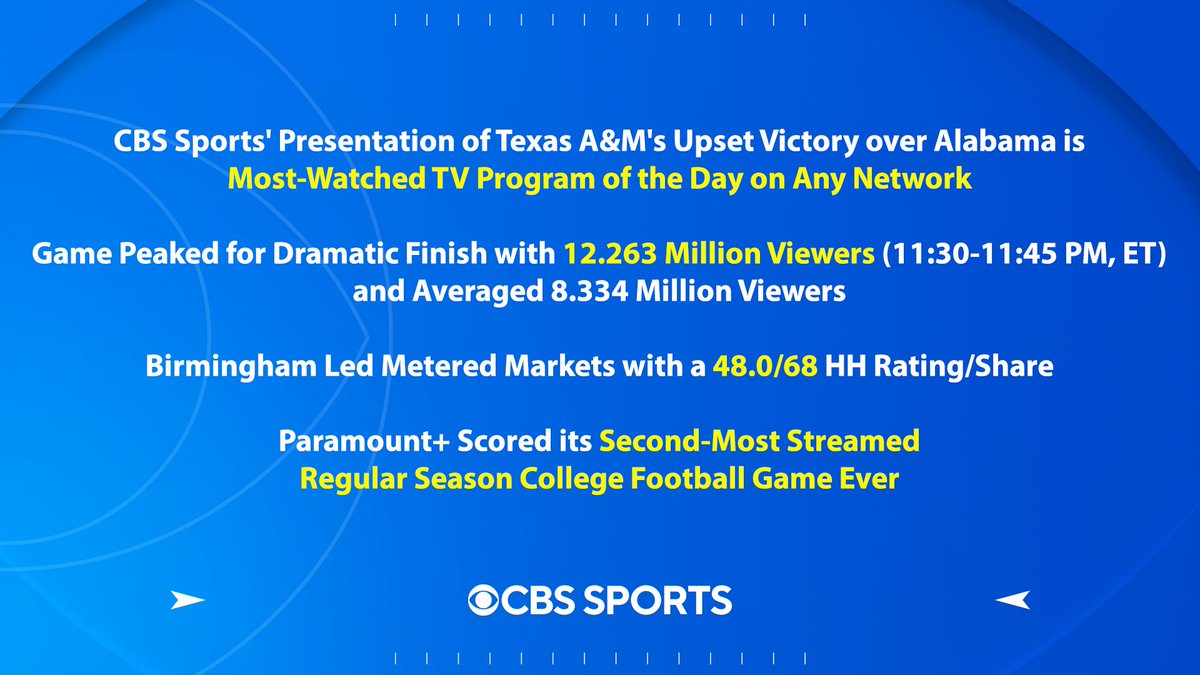 The game peaked with 12.2 million viewers down the stretch as Texas A&M and Alabama went back and forth before the Aggies ultimately won.

It was quite the matchup, so we’ll see if any future CBS weekly broadcasts can match it in terms of viewership.