The Maroon Goons just lost a good one as senior left tackle Dan Moore Jr. is off to the NFL.

This isn’t a surprise considering the big season Moore and Texas A&M’s offensive line had this fall, the Aggie OL was named a finalist for the Joe Moore Award — an honor given to the nation’s best offensive line each season, but with his stock at an all-time high, this move makes sense.

Moore has started for the Aggies going back to the 2018 season and has developed into one of the nation’s best tackles in the process.

The Aggies surrendered just seven sacks this season and led the way for a rushing attack that averaged 205.10 yards per game this fall.

Here is the message Moore had for Aggieland after his decision had been made. 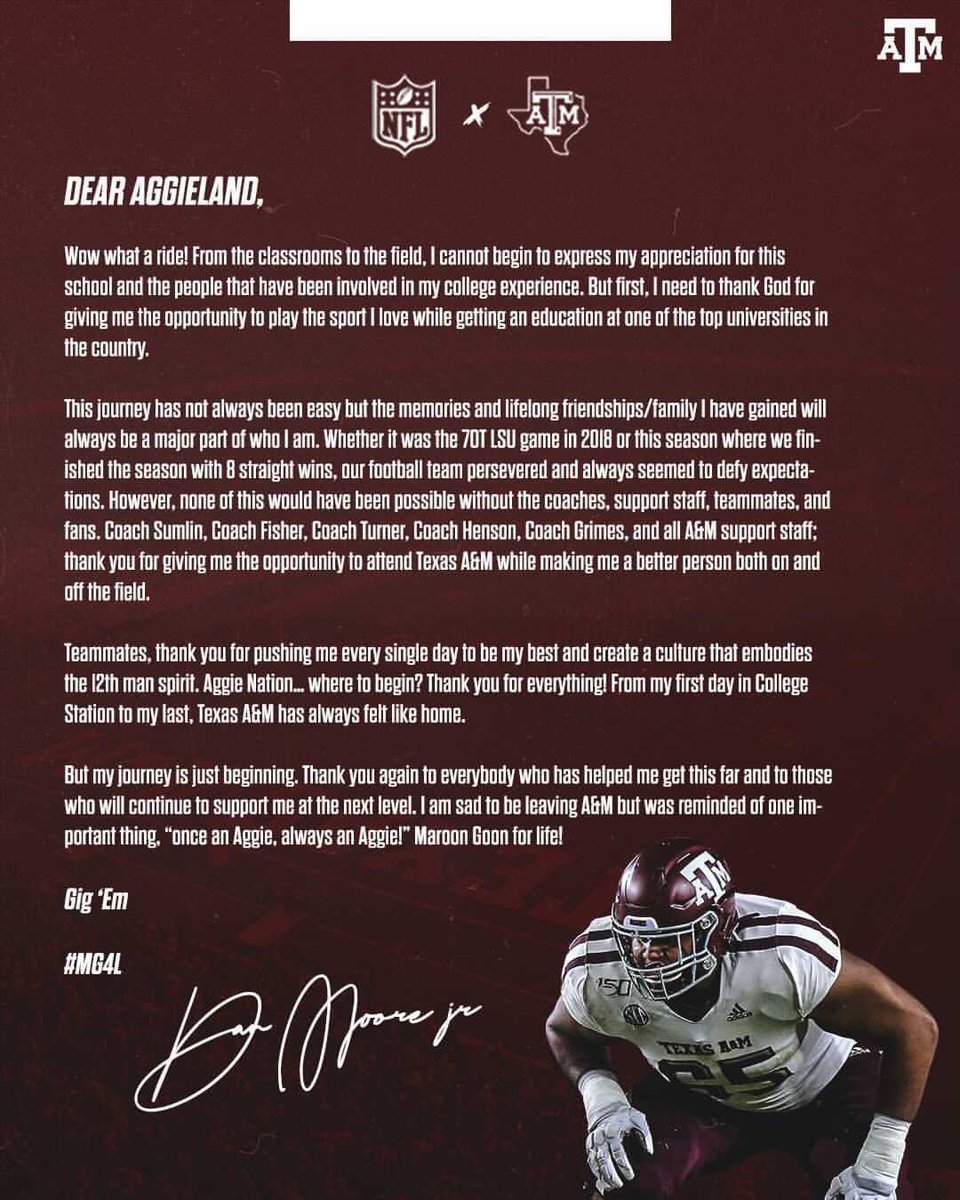