Texas A&M is bringing in an elite recruiting class in 2022, but the Aggies got the news on Monday night that they were losing an experienced defender.

Graduate DB Keldrick Carper announced via Twitter that he was retiring from football due to medical reasons.

As you can see below, he posted a heartfelt note thanking the Aggies for the time he got to spend with the program: 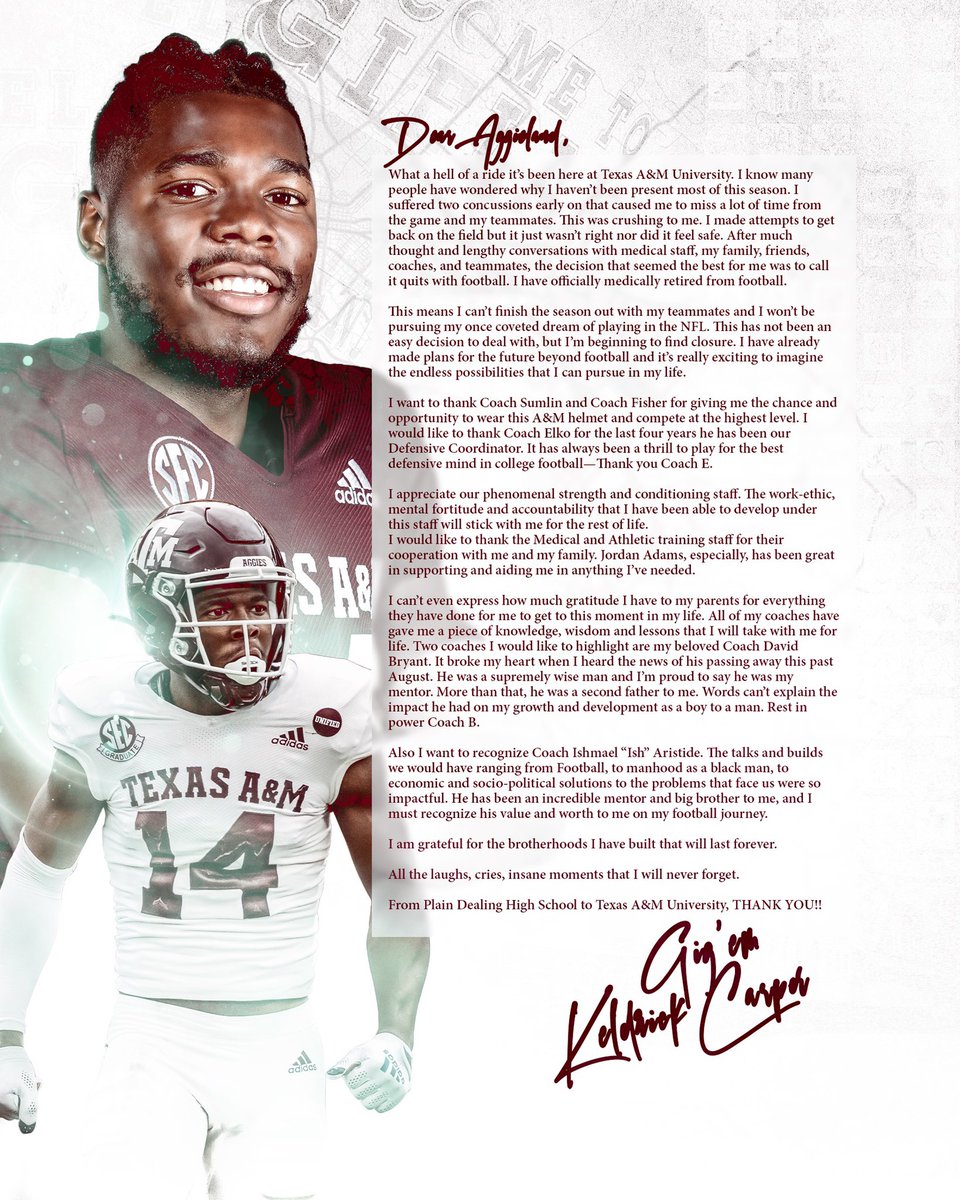 Carper won’t play in the bowl game this year for the Aggies and won’t be pursuing an NFL career, according to his note.