LOOK: Tennessee's social media team appears to have given up during Vols' loss to Georgia State

By now, every college football fan is well aware that Tennessee lost at home to Georgia State 38-30 on Saturday.

If there are Vols fans among your friends and family, it’s understandable that they probably don’t want to talk about Saturday’s game. The social media team behind the official Twitter account of the Tennessee football team, however, is expected to still be professional even during a crushing loss.

On the @Vol_Football timeline, it’s as if the game stopped at the 12:05 mark in the fourth quarter when Tennessee went up 23-21. The last tweet, more than 16 hours ago, is about UT’s made field goal, as can be seen in the screenshot below.

When a brand makes a social media misstep, people often joke about an “intern” getting in trouble. The official Twitter account of a prominent college football program with more than 600,000 followers is certainly not in the hands of just an “intern.” It is truly bizarre that as of Sunday morning the @Vol_Football account has tweeted nothing since the fourth quarter of Saturday’s game. 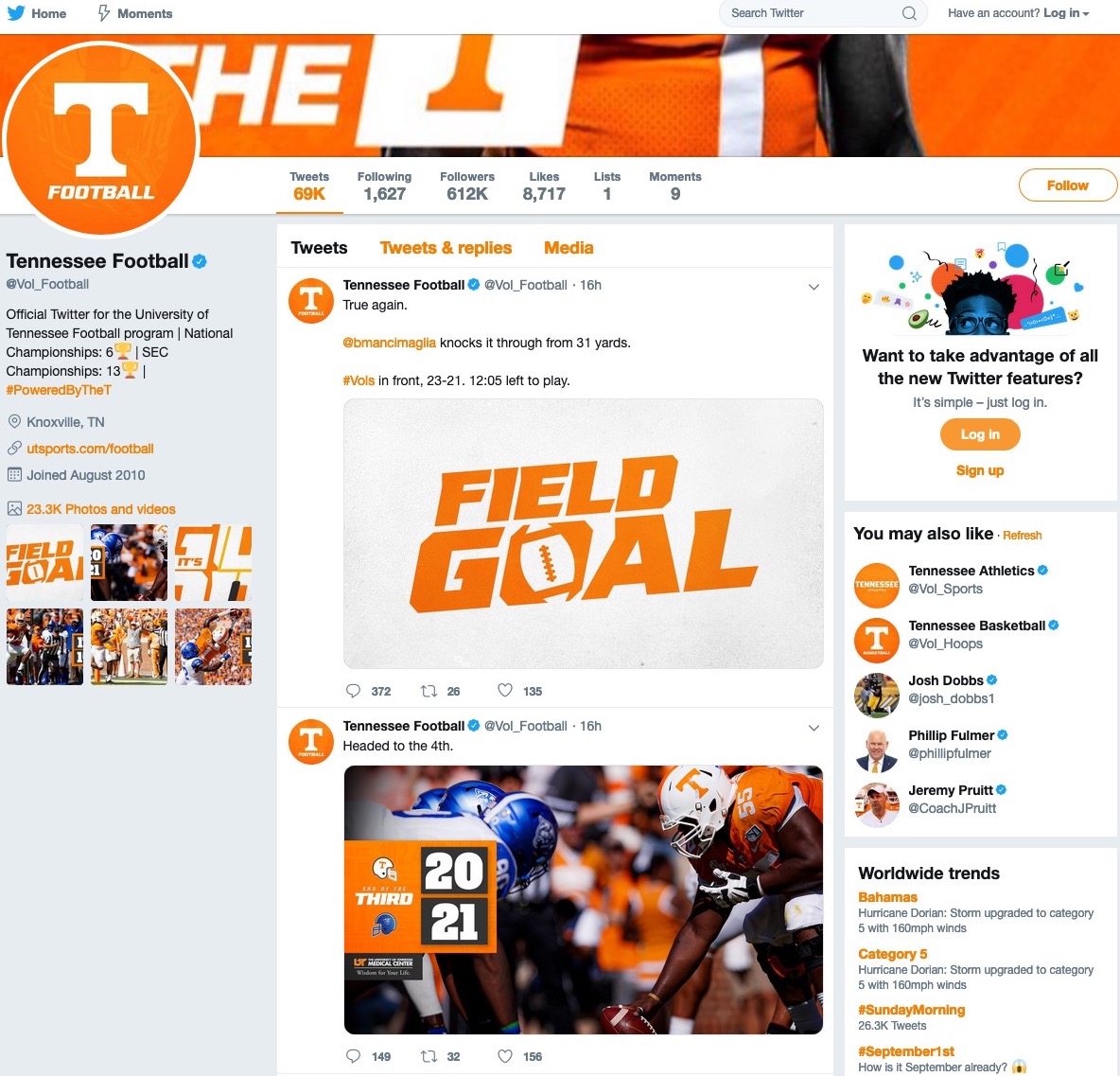