There are two sides to every story. The second side to a major Tennessee Week 4 story has been shared Sunday.

Quart’e Sapp took to Twitter Sunday to share a letter addressed to VolNation saying he did not refuse to play in the Florida game.

After Saturday’s 47-21 loss to Florida, Tennessee coach Jeremy Pruitt was asked about the status of Sapp, as rumors had been circulating Sapp had quit the team during the game. In Pruitt’s version of events, Sapp was asked to leave the team after refusing to go in the game.

“Since I’ve been here, Quart’e has been a very good ambassador for the game, done everything we’ve asked him to do,” Pruitt said. “He left the field during the game because he wouldn’t go into the game when he was asked to go in. I don’t know how things were done before but when you tell someone to go in, they refuse to go in, we aren’t going to do that around here. I asked him to leave. He didn’t leave on his own, I asked him to leave.”

In a follow-up question, Pruitt was asked if Sapp was still on the team.

“Well, I don’t think right now is the time to discuss that but to me, there’s no secrets. It is what it is.”

Sapp’s letter, offering his version of what happened Saturday night, can be found below: 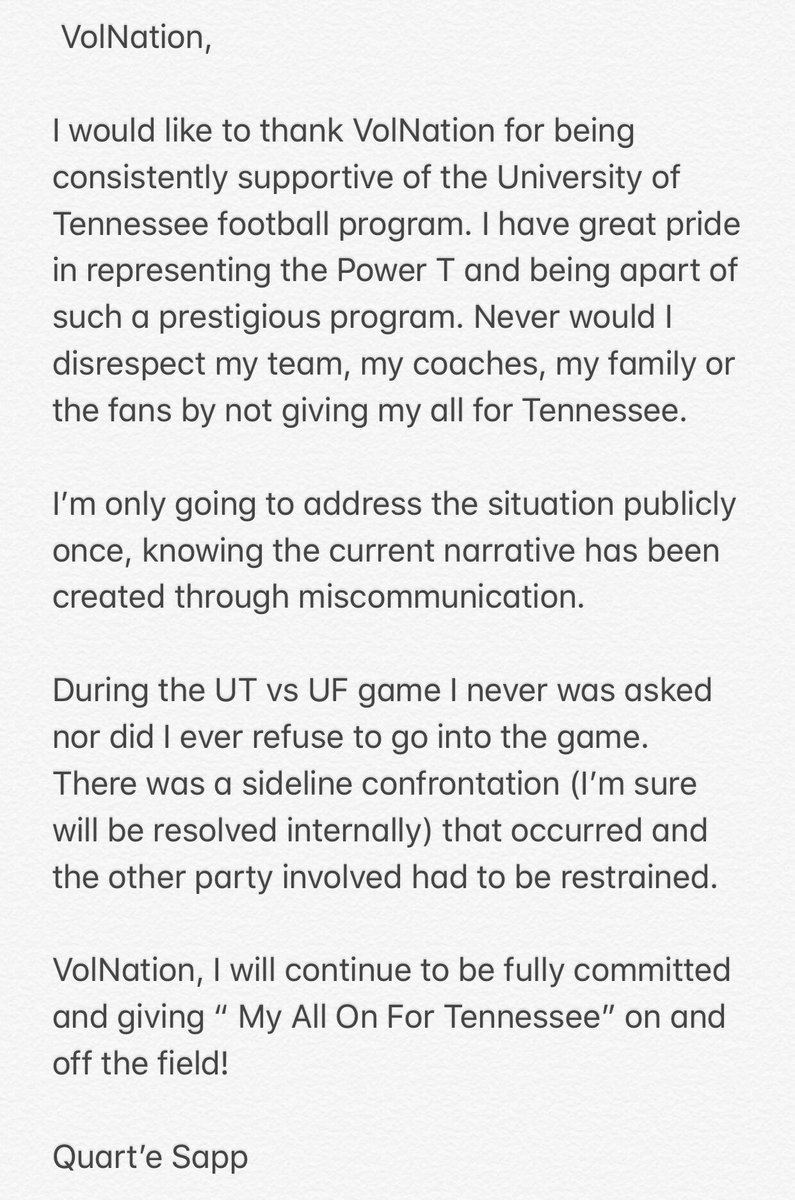