Let’s see if you can wrap your mind around this logic.

Tennessee has decided to remove Beverly Davenport from her role as university chancellor due largely to her inability to communicate on a satisfactory level. That’s according to the school’s president Joseph A. DiPietro.

With Davenport removed from that position, she will serve as a professor in the university’s School of Communication Studies. Although her superior judges her as having less than ideal communication skills, Tennessee will pay Davenport over $430,000 a year for four years to teach communication to its students. She has also been given tenure at the school after all the work she put in for 14 months.

You can read DiPietro’s full letter to Davenport here, which was posted on Twitter by WATE Knoxville reporter Laura Halm: 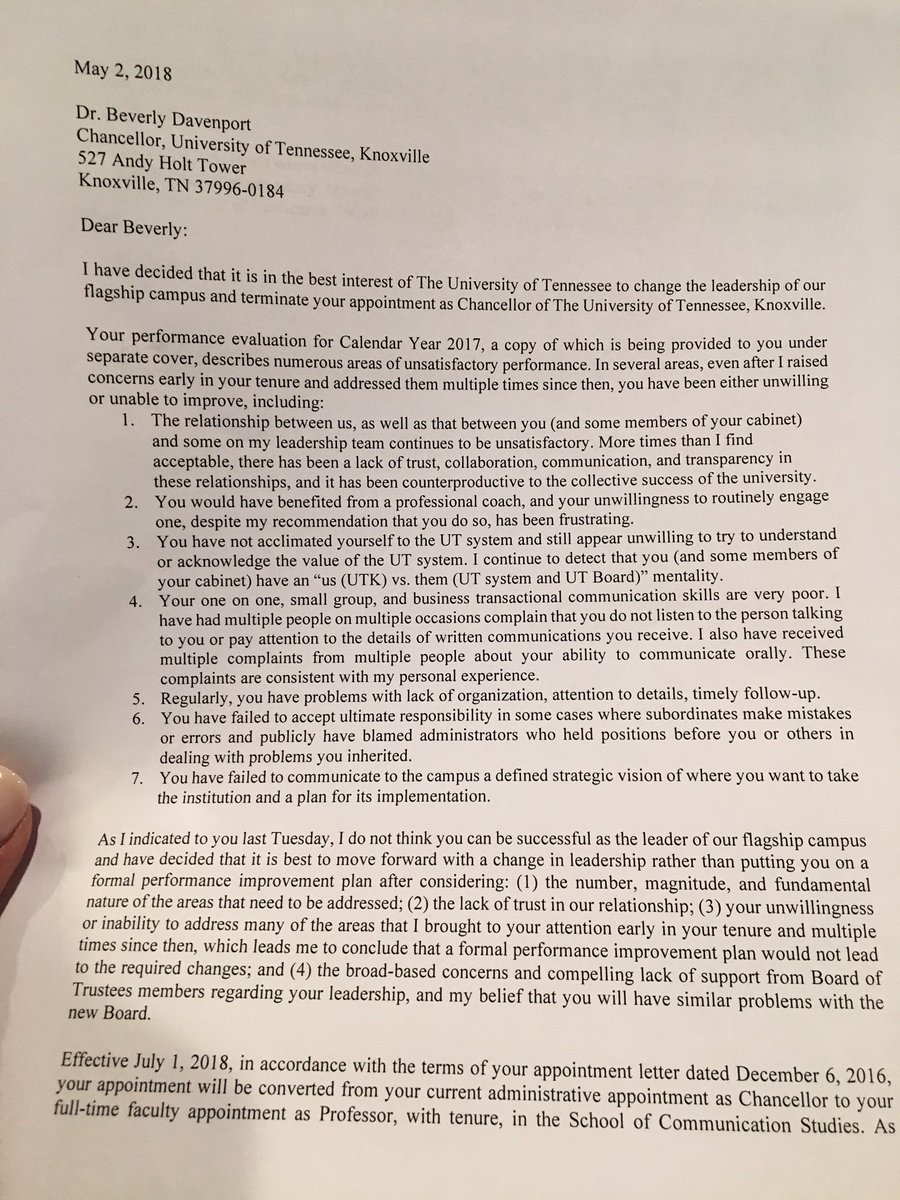 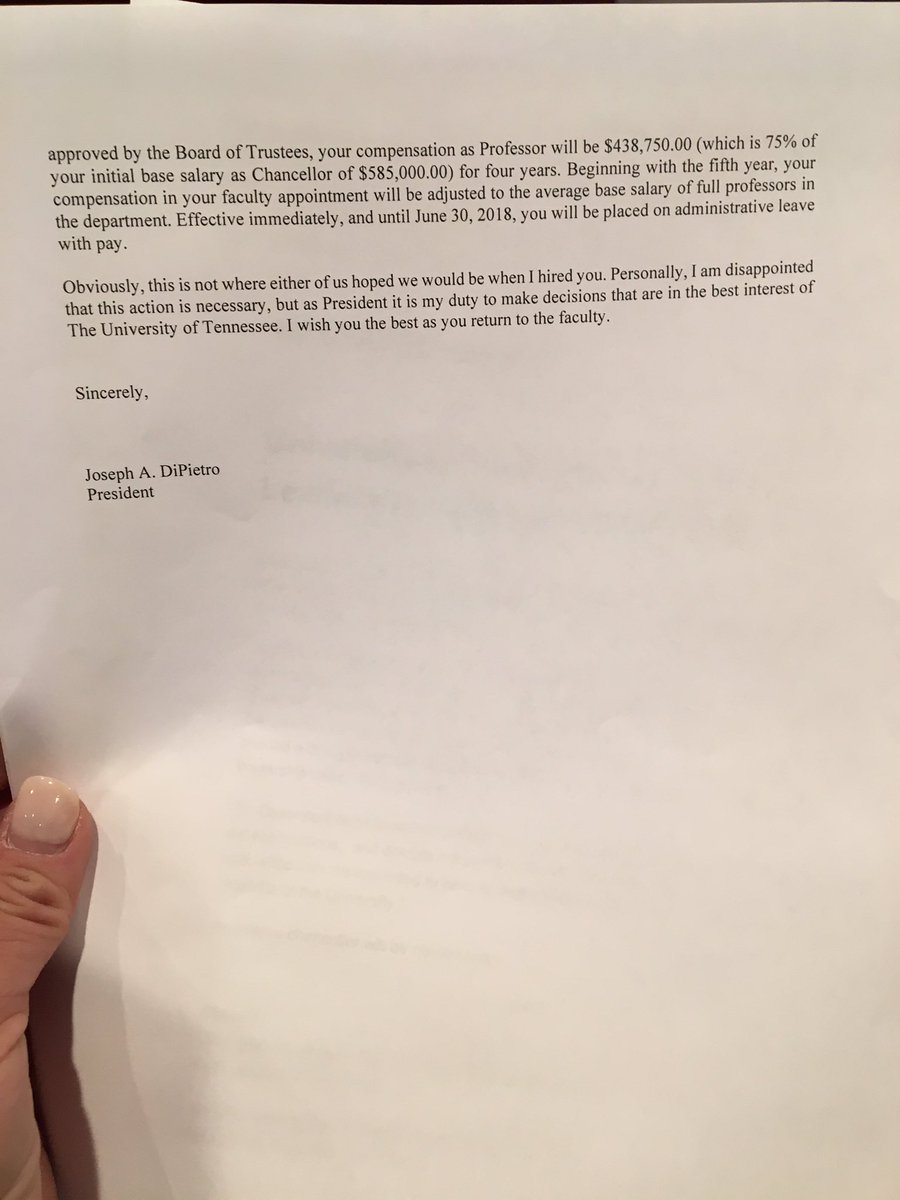