The first spring camp of the Clark Lea era is nearly here as the Commodores are set to begin spring practice next week.

The program officially announced the news on Tuesday, along with the upcoming scheduled spring practice dates.

The Commodores are set to return 17 starters, eight on offense, seven on defense and two on special teams.

Here is the spring roster released by Vanderbilt: 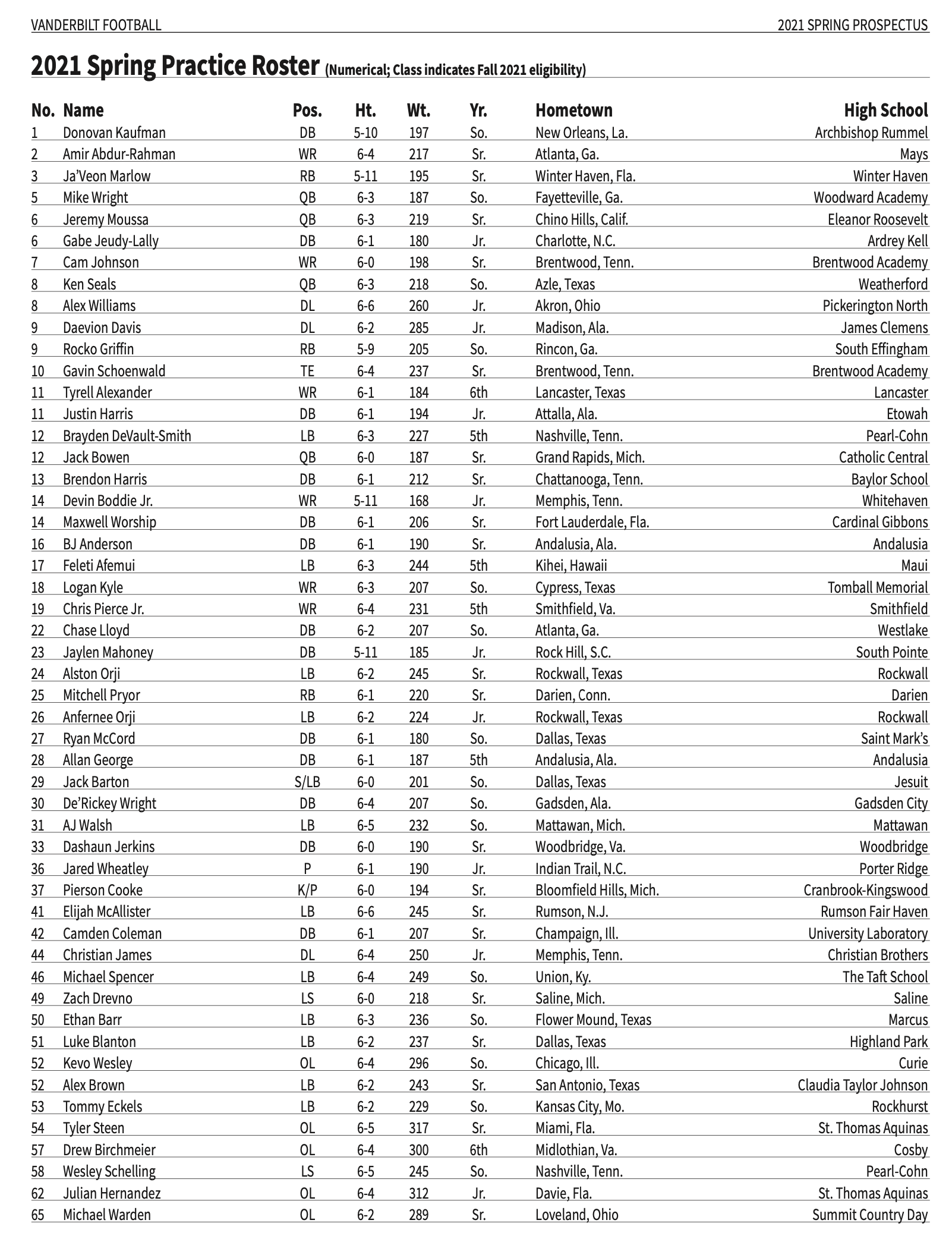 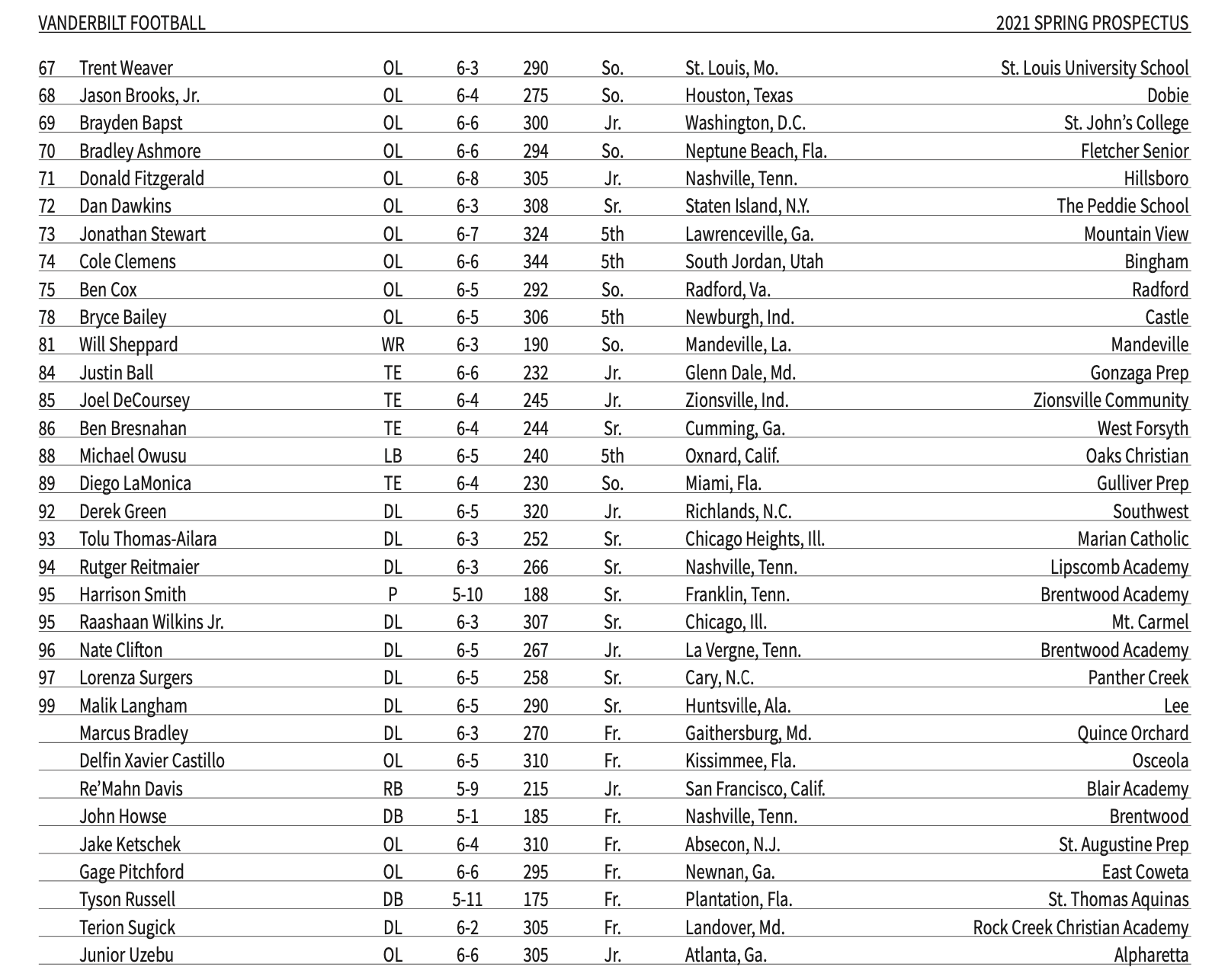