Vanderbilt snags commitment from talented 2021 running back out of Alabama

The Vanderbilt Commodores are picking up momentum on the 2021 recruiting trails, and on Tuesday, they made another addition to their class.

That’s when a 3-star running back from Hoover, Alabama, announced he was committing to coach Derek Mason’s program.

As you can see below, Dylan Betts-Pauley took to Twitter to make his decision to commit to Vanderbilt public on Tuesday night: 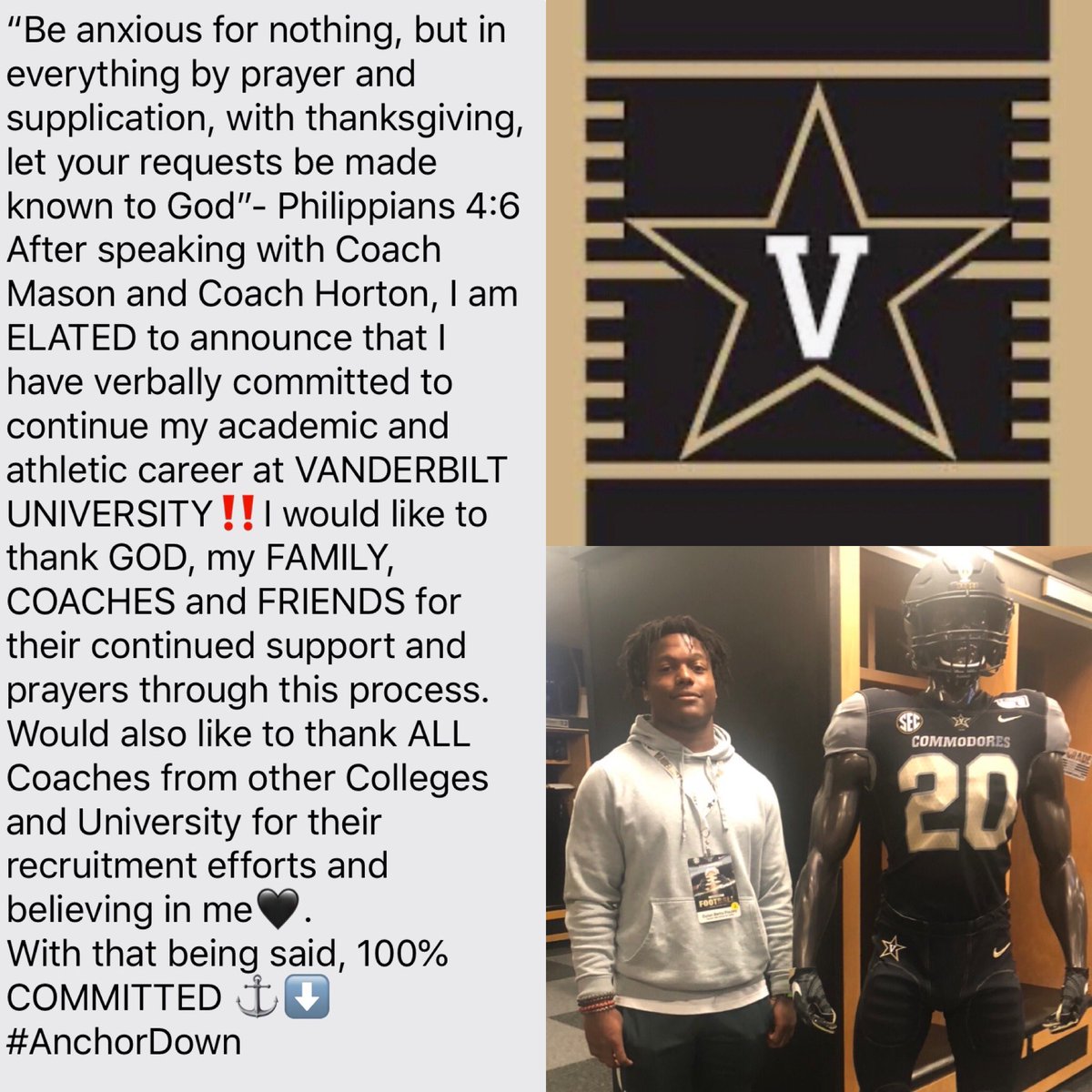 Per the 247Sports composite rankings, Betts-Pauley is the No. 86 running back in the class of 2021 and the No. 50 overall recruit from the state of Alabama.

The Commodores now have 9 players in their 2021 recruiting class, which currently ranks No. 76 in the nation and No. 13 in the SEC, per 247Sports.

Below, check out some of Betts-Pauley’s high school highlights, courtesy of Hudl: