Saturday Football: The B1G is back (maybe), Heisman talk and Week 3 upset alert

Good morning and happy Wednesday! We’re moving quickly toward another weekend of FBS action. Oh, and the Big Ten situation may finally (hopefully) be sorted out. It’s been a busy week in the college football world, and the SEC hasn’t even started games yet!

In today’s newsletter, we’ll discuss the latest Big Ten news, dive into some teams that should be on upset alert this weekend and also talk about some early Heisman chatter. Let’s get started!

All signs point to the Big Ten returning. Is an October start date a done deal? 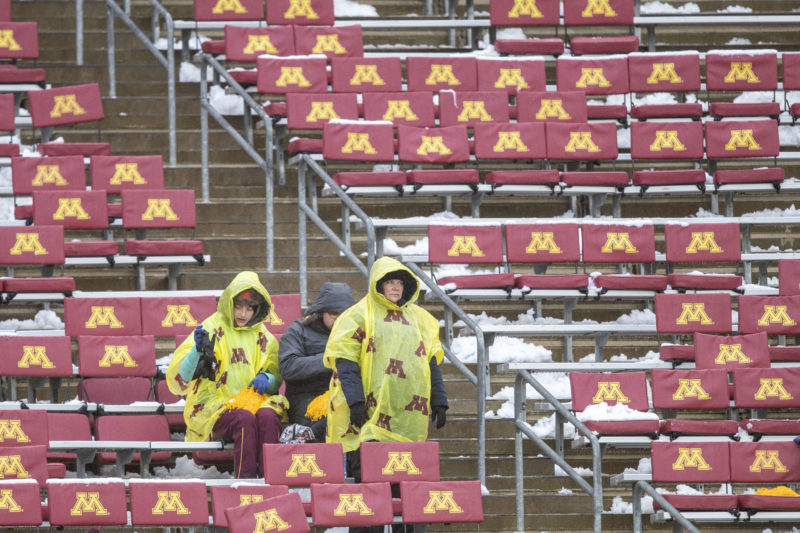 If you heard a roar of excitement inside your home Tuesday, it was probably just the collection of exhausted and frustrated Big Ten fans celebrating the reports that the conference would be reinstating a fall season. But … there’s still no official word from the league yet.

University of Nebraska President Ted Carter had a slip of the tongue in front of a hot mic before a Tuesday press conference, saying that the B1G was prepared to make an announcement at some point in the day. While he attempted to downplay the seriousness of the comment, saying it was “taken out of context,” the Milwaukee Journal-Sentinel’s Jeff Potrykus also reported a decision had been made and an announcement was coming. To no one’s surprise, we’re still waiting on some sort of official word. It’s just par for the course in what happened to be a crazy Tuesday:

Are you really surprised that this saga didn’t have a smooth landing? Repeatedly, the Big Ten has seemed to fumble the football in terms of communication and transparency. It’s not just the fans noticing, either. It’s the exact reason Ohio State CB Shaun Wade declared for the 2021 NFL Draft, even though no decision has been made. For the sake of the players, parents and coaches involved, hopefully the Big Ten comes to a resolution soon. And, you know, actually makes its decision public information.

Week 3 features some more games involving Big 12 and ACC schools. The 3 Group of 5 conferences are also in action, leaving only the SEC yet to play a game. The SEC starts play next weekend, though. There have been a couple of games postponed due to COVID-19, but there are still some intriguing matchups on the docket.

So, who is favored to win some of the bigger games of the weekend? Let’s take a look at some lines ahead of Saturday’s action:

Will we see any ranked teams go down this weekend (other than the loser of Miami-Louisville, obviously)? We’ll find out when games kick off on Saturday afternoon!

Who will win the Heisman Trophy during the weird 2020 season. Is it Trevor Lawrence’s trophy to lose?

The Big Ten is potentially starting in October. The Pac-12 could potentially start in November. The Heisman Trophy is traditionally awarded in early December, but that could change this year. Who will be eligible for the prestigious award this season? And, when will it be given out?

A few potential contenders have opted out. A handful of others are in conferences that have yet to finalize return-to-play plans. So, who is in contention for the award and who will win? Let’s take a look at some of the Heisman discussion from the past few days:

If we know anything about 2020, though, it’s that unlikely candidates will emerge as we navigate through this unusual season. With different conferences starting at different times, it’s going to be a crazy year for Heisman voters to make sense of. We’ll see who gets the most buzz as the season gets going in earnest.

How much turnover is there when it comes to the FBS coaching ranks? Well, of the 130 FBS programs, only 15 field coaches who have been with their team for at least 10 years entering 2020 (hired prior to the 2011 season or earlier). Can you name those coaches? Bonus point if you can name the coach who has been with his school the longest.

Some ranked teams face tough tests in Week 3. Which schools are on upset alert this weekend? 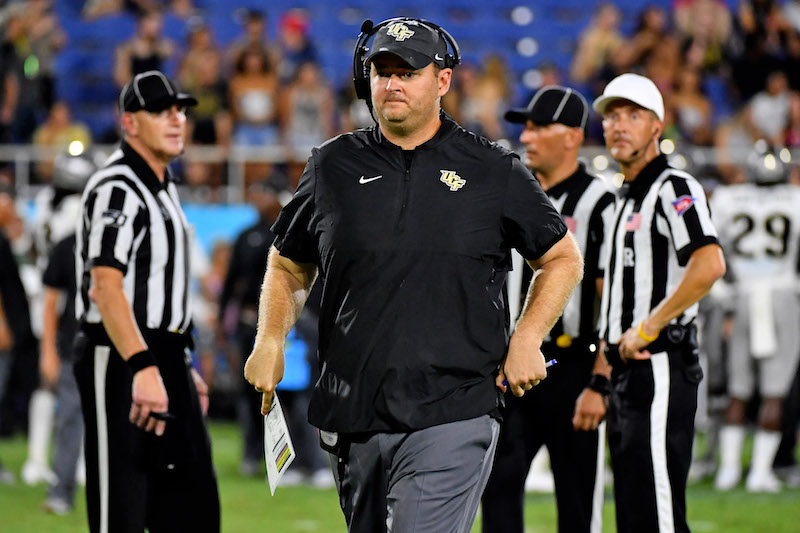 A few of the best games of this weekend have already been postponed due to COVID-19. We won’t get BYU-Army, Virginia-Virginia Tech and Houston-Memphis this weekend (though Houston managed to schedule a game against Baylor instead).

However, there are still a few ranked teams playing, and that means we could see more upsets (like Louisiana’s win over Iowa State last weekend). So, let’s take a look at 5 ranked teams that need to watch their backs as we head into Week 3:

Obviously, the loser of Miami-Louisville will be a ranked team that loses. Will any other ranked teams take a loss this weekend? We’ll see if the five teams mentioned above can avoid upsets on Saturday.

Here are the 15 FBS coaches who have been with their programs for 10 years or are entering their 10th year at their current school in 2020:

“I just don’t know how anybody can take Les Miles seriously. How many games, he’s played 13 games and he’s got two losses to Coastal Carolina? I mean, that’s what we saw in the last year or two at LSU. Now, it was a different level, but you know, I mean he ended up getting fired primarily because he lost to Wisconsin in an opener at Lambeau Field. That’s at least a legitimate loss but he lost because he was just so stubborn.” 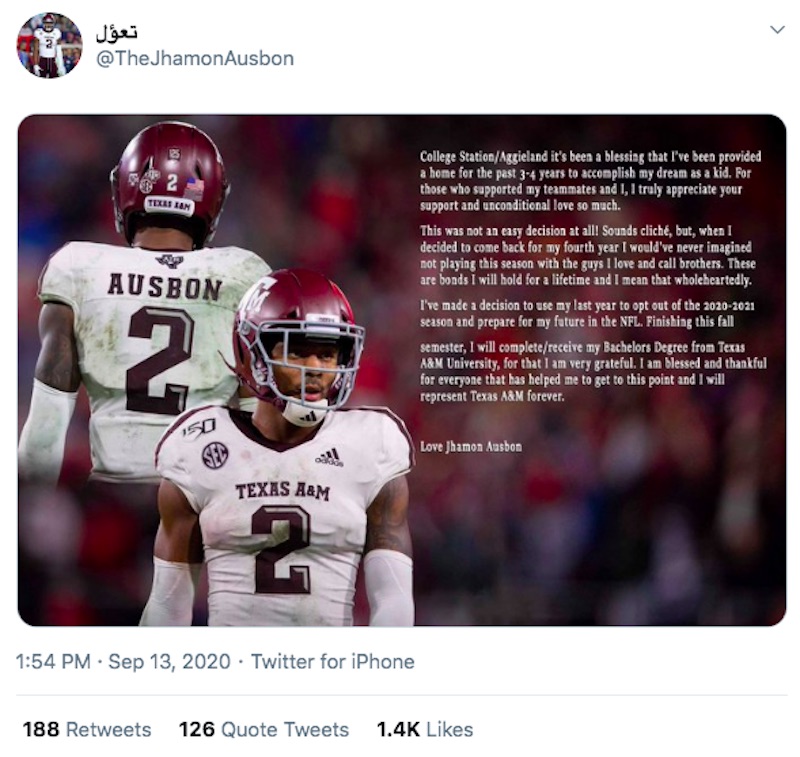 The SEC had another big-time player opt out this week, as Texas A&M’s leading receiver, Jhamon Ausbon, announced via Twitter that he was not going to take the field in 2020. This will have a major impact on QB Kellen Mond and the Aggies’ offense.