Tom Brady will look to make yet another Super Bowl run, but Dak Prescott and the Cowboys will be eager to prove they’re the better team.

Monday night’s game kicks off in Tampa at 8:15 p.m. Eastern time and can be seen on ABC, ESPN and ESPN+.

Over at Underdog, there are ways to get in on the action by making fantasy player over/under picks for the big game between the Cowboys and Buccaneers.

What is Underdog and why should SEC fans care?

Through Underdog’s “Pick’em” contests, you can bundle a few selections of player prop picks similar to what you find at sportsbooks and put real money against those picks.

My picks for Cowboys vs. Buccaneers

I expect there to be plenty of passing in Monday night’s game, so let’s start with Tampa Bay’s Tom Brady. Brady’s over/under on pass attempts is set at 42.5. Last week at Atlanta, he threw 17 times, but that was a meaningless game for the Bucs.

Finally, let’s talk about Dak Prescott, the Cowboys’ quarterback. The Bucs have one of the better run defenses in the NFL, so expect them to limit the running room for Ezekiel Elliott and Troy Pollard. That means Prescott is going to have to throw if the Cowboys are going to win.

His over/under for passing attempts is set at 34.5. In 4 of his final 5 games this regular season, he’s thrown at least 35 times. If he’s going to go toe-to-toe with Brady, he’ll need to throw it early and often. I like Prescott’s “higher” option for 34.5 pass attempts. 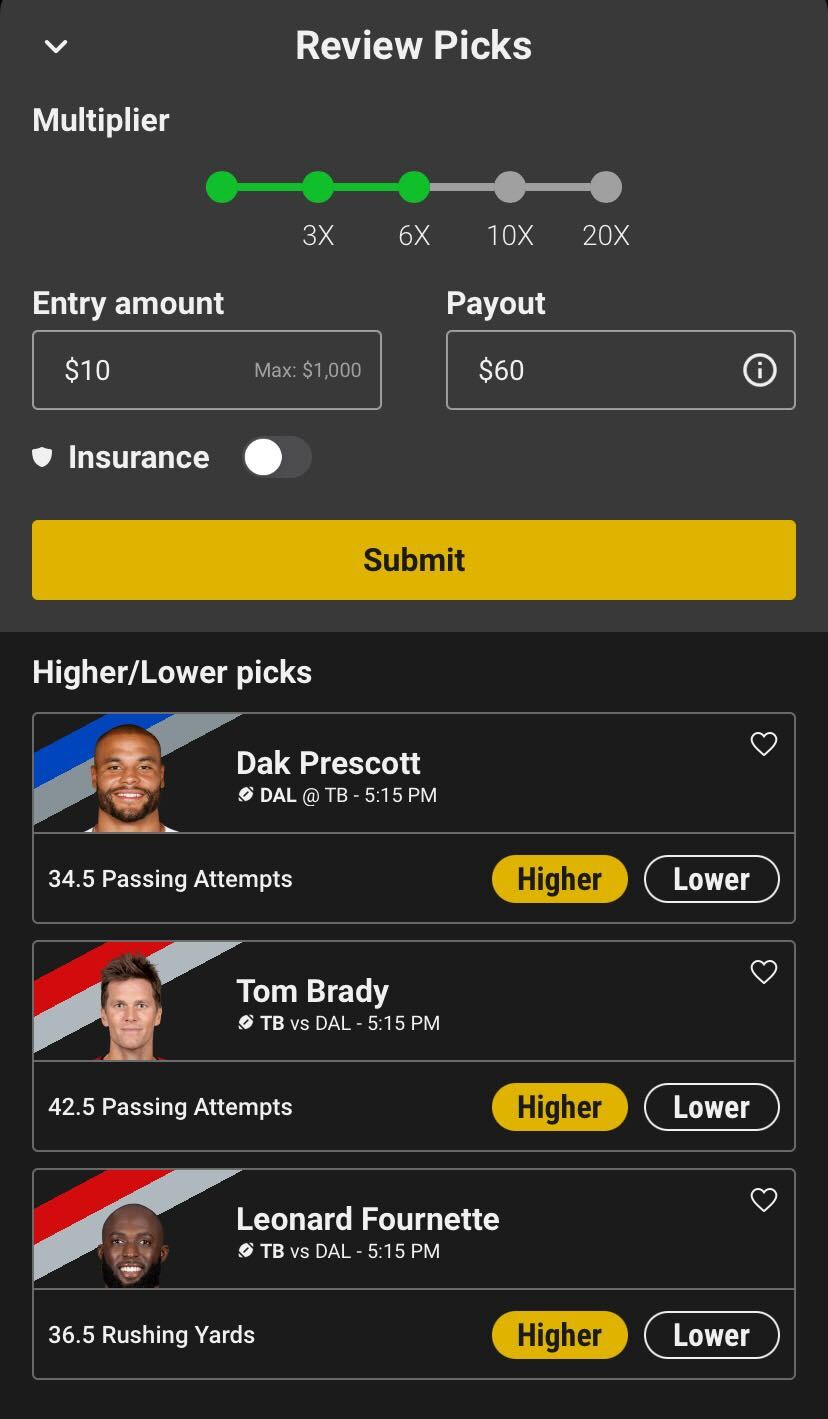 It should be an exciting game in Tampa on Monday night. Even if the score isn’t very high, both offenses should be throwing the ball all over the field. Get your bets in before kickoff to join in on the fun!

Get started on Underdog by clicking here and make your picks for Cowboys-Buccaneers or other CFB, CBB, NFL and NBA games. Using this link means Underdog will match your deposit up to $100. If you deposit $25, you’ll get an extra $25 to start playing right away.

Adam Spencer
A 2012 graduate of the University of Missouri, Adam now covers all 14 SEC football teams. He is the news editor at Saturday Down South and across all Saturday Football brands. Follow on Twitter.