Good morning and happy Friday! We hope you all had a wonderful Thanksgiving and are now ready to dive into another big weekend of college football action. We’re nearing the end of the regular season, so things are about to get a lot more hectic, with important games every weekend.

In today’s newsletter, we’ll discuss whether anyone can stop Alabama. We’ll also dive into BYU’s complaints about the initial 2020 College Football Playoff rankings. Finally, we’ll put a handful of ranked teams on upset alert entering the weekend. Let’s get started!

Alabama won’t have Nick Saban on the sidelines for the Iron Bowl. Will the Tide continue to roll? 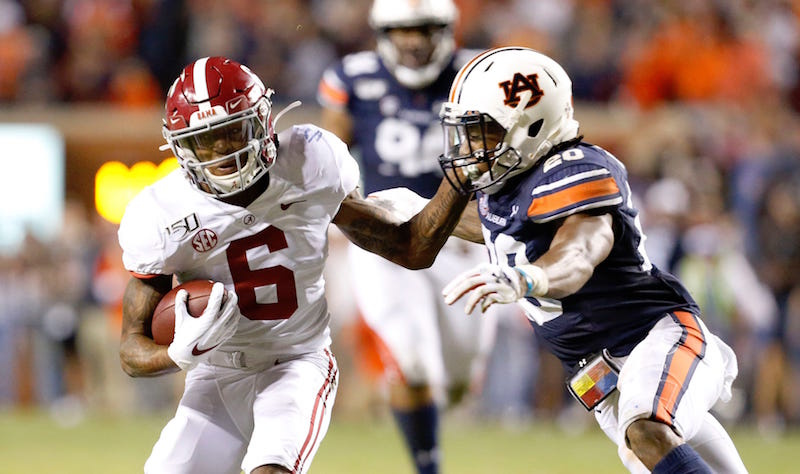 Alabama was the No. 1 team in the first College Football Playoff rankings in the 2020 season. The Crimson Tide look like one of the most dominant teams in the country. The offense is incredible and the defense has come around in recent games. Now, the Tide will try to get some revenge for last year’s Iron Bowl loss against No. 22 Auburn on Saturday afternoon.

Can the Tigers make it two wins in a row against their rivals? Or, will the Alabama train continue to roll? Let’s take a look at what’s being said about the No. 1 team in the country:

Saturday’s game is sure to be a good one. The Iron Bowl, no matter where teams are ranked, always seems to be a tough battle. If Alabama wins, a trip to the Playoff seems nearly inevitable. A loss? Well, that changes everything. Will QB Mac Jones continue to look like a Heisman frontrunner? We’ll find out Saturday afternoon!

In the SEC, it is Rivalry Week for a number of schools. Elsewhere around the country, there are also some important matchups taking place. Today’s slate of games features two contests between ranked foes, and Saturday’s slate has a high-stakes Iron Bowl showdown.

So, which teams are favored to win these big-time matchups? And, will we see any upsets? Here’s a look at the current lines for some key games:

BYU is disappointed to be No. 14 in the first CFP rankings. Is there anything the Cougars can do to rise? 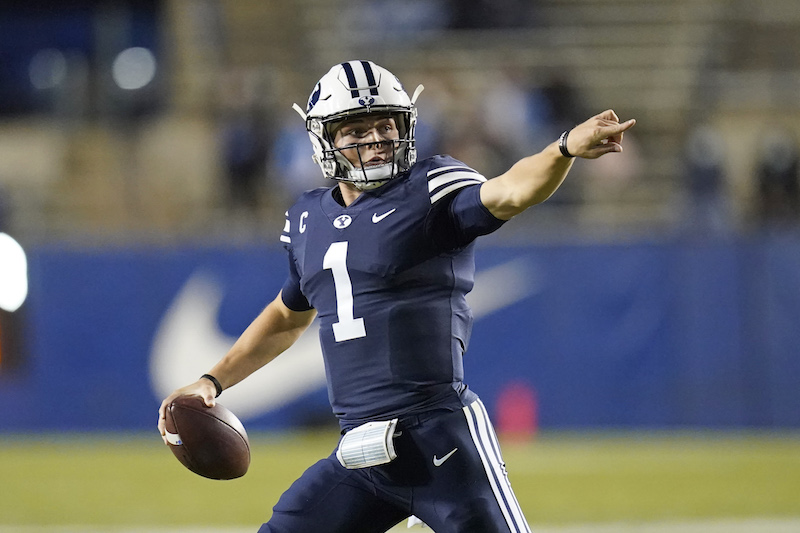 When the first College Football Playoff rankings came out on Tuesday night, the 9-0 BYU Cougars were none too happy to see the No. 14 ranking in front of their name. Cincinnati, another non-Power 5 school, was ranked No. 7, but the Cougars were all the way down at No. 14. BYU fans and fans across the country were confused by the Cougars’ ranking.

So, what’s being said about BYU’s standing in the eyes of the Playoff committee? And, what can the Cougars do (if anything) to bolster their resume? Let’s take a look at the buzz surrounding BYU this week:

BYU is an interesting case. There aren’t many roads to get to the Playoff without drastic action. But, that’s going to potentially require the Cougars to swallow their pride and hit the road on short notice. The Washington situation didn’t come to pass, but the Cougars have Dec. 5 and Dec. 19 open. Will they find games? Will they risk their perfect record? We’ll find out soon enough!

Thanksgiving was yesterday. So, in the spirit of Turkey Day, let’s test your knowledge of bird-themed FBS mascots. There are 18 FBS schools that have bird nicknames. Can you name those 18 schools? Bonus point if you can name the one school with an actual turkey-related nickname.

Rivalry Week isn’t as loaded as it normally is, but top teams could go down. Who is on upset alert? 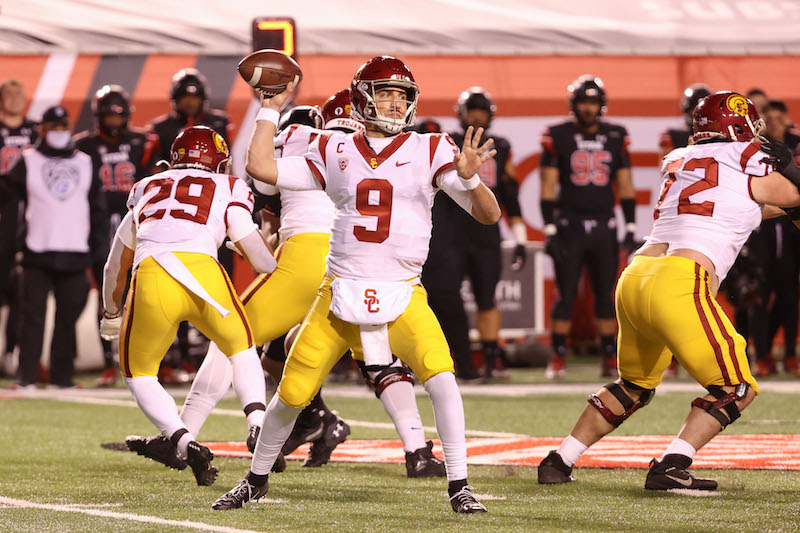 There are a few rivalry games going on around the country, but due to the staggered starts for a number of conferences this season, there aren’t as many classic rivalries being played this weekend. Still, there are some entertaining matchups that could lead to some thrilling upsets.

So, which ranked teams are in danger of losing this weekend? Let’s take a look at four ranked squads that should be very wary of their matchups this weekend:

It’s shaping up to be another fun weekend of college football action! We’ll see if any of these ranked teams end up losing, or if some other top teams not mentioned here suffer disappointing losses.

The 18 FBS schools with bird nicknames are:

“Hokie” is actually the mascot based on a turkey. Here’s a story about the origins of the nickname.

“What’s to stop a, let’s just say a local radio show host in Anderson, South Carolina, from putting Trevor Lawrence 1, Travis Etienne 2, DJ Uiagalelei 3? What’s to stop him from doing that? … We should not have fanboy, partisan participation in the Heisman Trophy vote. It’s not exclusive to Mike (Griffith). It’s not exclusive to any part of the country. It should be a national award. The sport is no longer regional. We don’t need regional representation within the voter pool. … If you cover the sport and you cover the sport nationally, you should have a vote, because you’re seeing players in every nook and cranny of the country. That’s part of my issue.”

– ESPN analyst Greg McElroy went off about the Heisman voting structure during an episode of “The Paul Finebaum Show.” He took issue with Georgia writer Mike Griffith’s comments about how Florida QB Kyle Trask isn’t in the top 2 of his Heisman rankings. 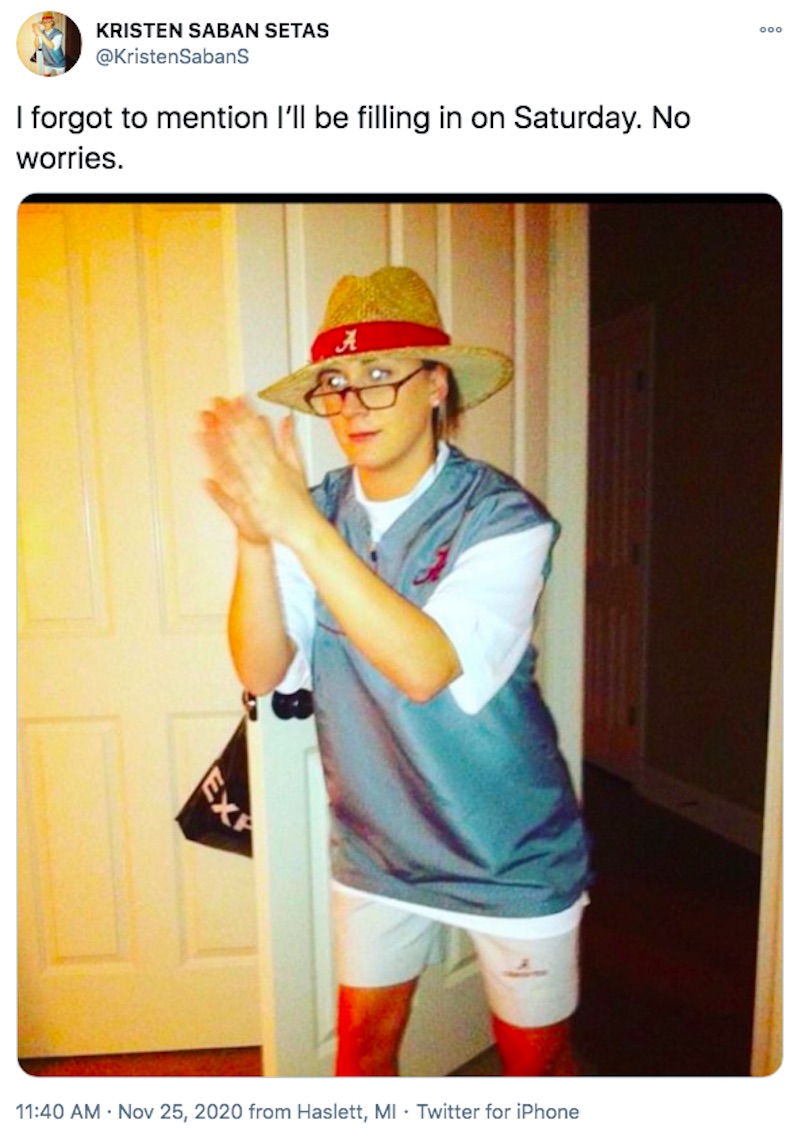 Alabama might be without coach Nick Saban during Saturday’s Iron Bowl due to a positive COVID-19 test, but Saban’s daughter, Kristen Saban Setas, posted that there’s still a way a Saban can coach the Tide this weekend.

This edition of the Saturday Football newsletter was written by Adam Spencer.