Good morning and happy Thursday! We’re excited to announce that we’re revamping the newsletter! Starting March 1, you’ll get a new-look newsletter in your inbox every Monday and Thursday during the offseason (with more frequent newsletters during the season). These updated newsletters will feature more content about your favorite team, so make sure you’re subscribed, and spread the word! You’ll get a newsletter on Monday, Feb. 22, and then we’re taking next Thursday off to prepare the relaunch.

Gus Malzahn is heading to UCF. Can he keep the Knights among the Group of 5 elites? 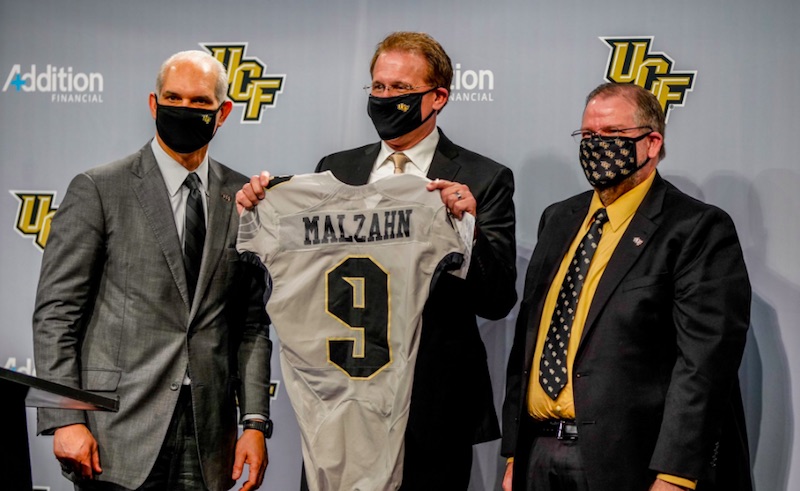 The UCF Knights have found a replacement for Josh Heupel. Instead of taking a year off after being fired at Auburn, Gus Malzahn is back in the FBS coaching ranks, as the Knights announced his hire on Monday. Now, Malzahn will be tasked with keeping UCF among the elite programs at the Group of 5 level.

So, what should we expect from the former Auburn coach in Orlando? Let’s take a look at what has happened since the Knights made it official with Malzahn:

The one big question is about QB development. Malzahn inherits one of the best AAC quarterbacks in Dillon Gabriel. Malzahn had a checkered past at Auburn when it came to developing quarterbacks, but both Mike Farrell and Adam Gorney of Rivals think Gabriel will do just fine under Malzahn’s tutelage. Can he get the Knights to the Playoff, which has kept out G5 teams throughout its history? We’ll find out starting this fall!

Josh Heupel’s first Tennessee coaching staff has taken shape. What should we expect from the Vols? 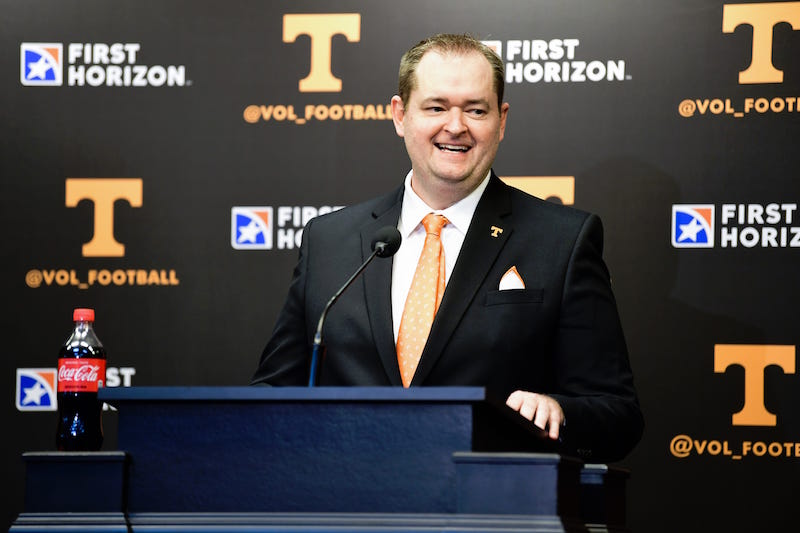 It took some time, but the Tennessee Volunteers’ coaching staff is finally starting to come together under first-year head coach Josh Heupel. The former UCF coach will call the plays offensively and his staff on that side of the ball has some distinct UCF flair. But, now, we have some hires being made on the defensive side of the ball.

Considering how Heupel’s offenses tend to not win the time-of-possession battle very often, the defensive assistants will have their hands full in 2021 and beyond. So, let’s take a look at some of the most-recent hires Heupel has made on Rocky Top:

Money is always an interesting topic, especially with how freely they’ve been throwing it around at Tennessee recently. Here’s a look at some of the contract details for the new Tennessee assistants. How will those assistants fare in their first seasons with the Vols? We’ll get our first look at this new Tennessee program this spring!

We mentioned earlier that new UCF coach Gus Malzahn is in favor of expanding the College Football Playoff. If that happens, it will certainly open the door for more programs around the country to compete for national championships. In fact, there have been seven Playoffs held thus far and only 11 total schools have ever gotten the chance to participate. So, for today’s quiz, can you name all 11 schools that have made at least one appearance in the College Football Playoff?

Purdue has plucked a lot of talent from the SEC this offseason. Will it help the Boilers get back on track? 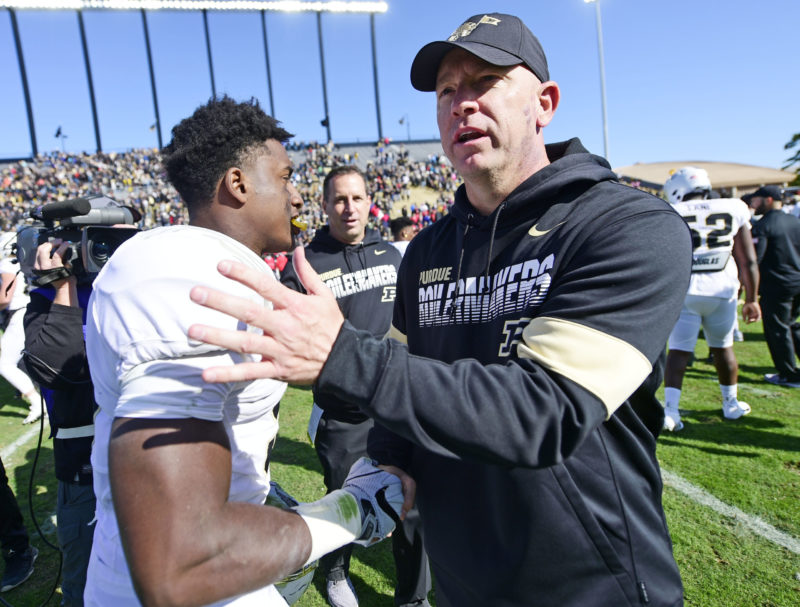 Losing records in back-to-back seasons has Purdue head coach Jeff Brohm looking for answers in different places as he begins his fifth year with the Boilermakers. All started well when Brohm took over in West Lafayette in 2017, leading Purdue to bowl games in consecutive seasons and a monumental upset victory over Ohio State in 2018. Over the last two years, the train has veered of the tracks with the Boilers posting a 6-12 record.

What’s changing? Brohm has made some changes to his coaching staff and is looking to the transfer portal to add talent, experience and depth to the roster. So far, Purdue has added three former defensive players and a position coach from the SEC this offseason. Could the “It just means more” attitude coming to West Lafayette change the fortunes for Purdue?

What’s the intrigue for players and coaches to leave the SEC for Purdue? Maybe it’s because the Boilermakers are scheduled to play Northwestern at Wrigley Field in November. Or maybe it’s the chance to step onto the turf and immediately make an impact. Regardless of the reason, these new players and coaches will have to learn together quickly, with Purdue starting spring practice this week.

The 11 schools to appear in at least one College Football Playoff are:

“One thing that I think is interesting, a lot of people are trying to figure what the future of college football is going to look like going forward. I love being here at the University of Florida. I think we have a great program, we have a great fan base, great history, the opportunity to become a championship program every single year.

– Florida coach Dan Mullen said this week that many college football coaches are contemplating their futures as potentially big changes loom large on the sport’s horizon. With Names, Images and Likenesses bills appearing on state and national levels, potential Playoff expansion, recruiting stresses and more, a lot is changing. Will Mullen and others soon look to the NFL?

New Alabama assistant Jay Graham came to Tuscaloosa after spending a few years on the Tennessee staff. He’s also a Tennessee alum. But, after switching sides in the rivalry, he poked fun at his alma mater with the above graphic. He also had some fun in the replies to that tweet, as you can see here.