Good morning and happy Monday! It was a busy weekend around the college football world. Many games were canceled or postponed due to COVID-19, but many others were played as scheduled. History was even made this weekend in an otherwise forgettable game.

In today’s newsletter, we’ll discuss Ohio State’s situation, as the Buckeyes are facing a dire situation with regards to their Big Ten Championship Game eligibility and College Football Playoff hopes. Then, we’ll dive into Sarah Fuller and the kick seen ’round the world. We’ll also take a look at Vanderbilt’s decision to fire Derek Mason. Finally, we’ll discuss some of the weekend’s best uniform combinations. Let’s get started, shall we?

BUCKEYES ON THE BRINK

Ohio State is on the verge of missing the B1G title game. Can the Buckeyes still make the Playoff? 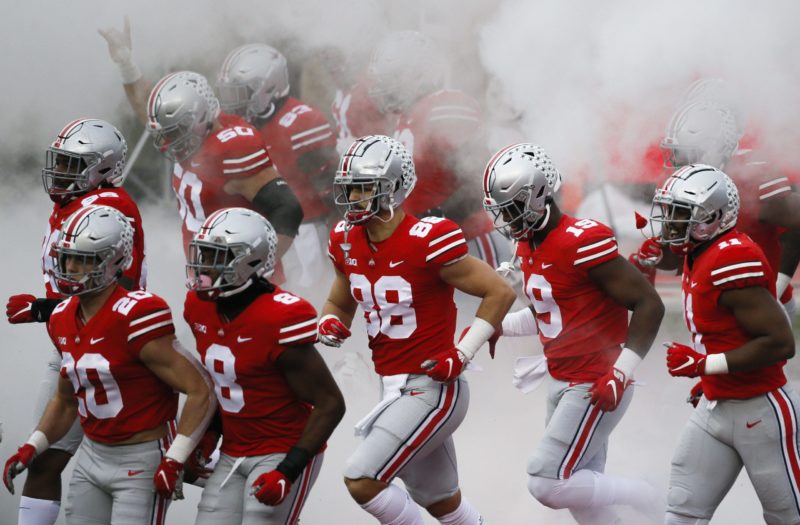 Ohio State could find itself in the most unique predicament in college football in one week. After Saturday’s game against Illinois was canceled at the last second due to an increased number of positive COVID-19 cases, which included head coach Ryan Day, the Buckeyes are just one cancellation from being ruled ineligible for the B1G Championship Game on Dec. 19. Through no fault of the play on the field, Ohio State may not be permitted to pursue its fourth-straight conference title.

That brings up two questions regarding the Buckeyes as the season has just three weeks remaining. First, should the B1G reconsider its minimum-game requirement to include a team that may not hit the current 6-game mark? And second, is Ohio State still a legitimate contender for the College Football Playoff with such a limited sample size? Let’s take a look at the unique circumstances facing Ohio State with three weeks to play:

We could, and probably will, debate all day whether or not a 5- or 6-win Ohio State team deserves to play for a national championship. But former head coach and current analyst Urban Meyer put everything in perspective on Saturday afternoon, saying “your heart breaks” for the student-athletes who have already seen so many games canceled this season, when all they wanted to do was play.

The 2020 college football season is reaching its stretch run. Many of the FBS conferences are nearing the ends of their regular seasons with different numbers of games played, which leads to chaos atop the statistical leaderboards. As we inch toward December, though, there have been some eye-popping numbers put up by players across the nation.

The leaders in nine key statistical categories include four players from the SEC. There are also two categories where multiple players are tied for the national lead. Below, you can see the leaders in a number of stats (via CFBStats.com):

As teams prepare for their final regular-season games, will we see more shuffling atop the leaderboards? Check back next Monday to see how the leaderboards have changed!

Sarah Fuller became the first woman to log a snap in a Power 5 game. How big is this moment? 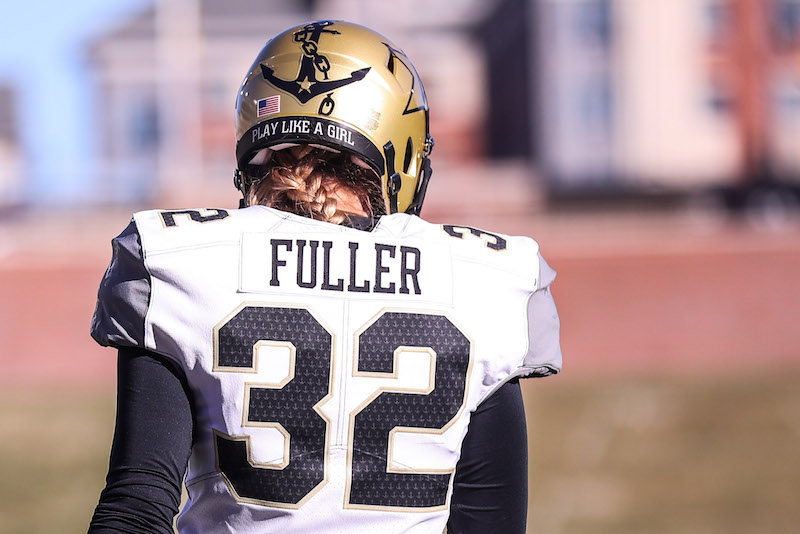 Just by putting on a Vanderbilt jersey on Saturday, Sarah Fuller made history. When she came out of the tunnel for warmups, she became the first woman ever to dress for an SEC football game. That wasn’t the only history she made against Mizzou, though. To start the second half, she handled the kickoff for the Commodores, perfectly executing a squib kick she had worked on with her coaches all week. With that kick, she became the first woman to log a snap in a Power 5 game.

This historic moment was praised by fans and media across the country. What does it mean for the sport of football? And, what happens next? Let’s take a look at some of the headlines to come from Saturday’s kick seen ’round the world:

What’s next for Fuller? Well, a woman has never scored a point in a Power 5 game. Katie Hnida (New Mexico, 2003) and April Goss (Kent State, 2015) have scored points at the FBS level, but those are Group of 5 schools. Vanderbilt never got into field goal range in Saturday’s 41-0 loss at Mizzou. Will the Commodores be able to give Fuller a shot at scoring points this weekend at Georgia? We’ll find out on Saturday!

Vanderbilt has parted ways with head coach Derek Mason. Where should the Commodores turn next? 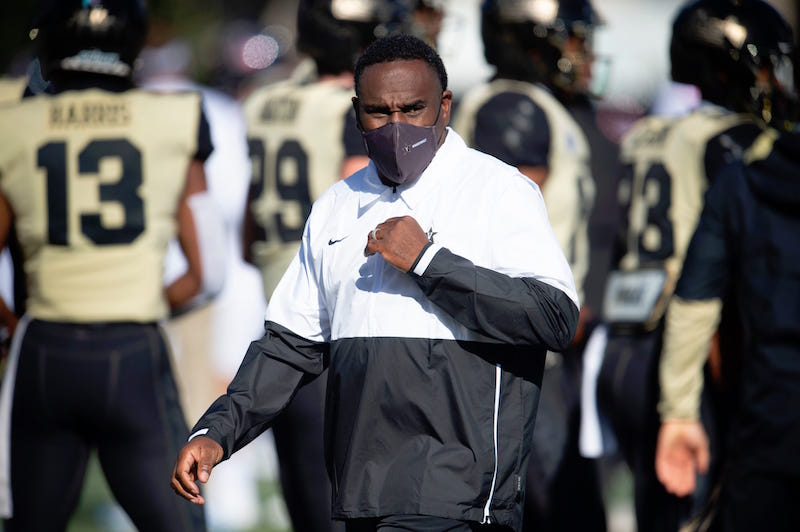 For the second day in a row, Vanderbilt made major headlines on Sunday. As mentioned in the previous section, Saturday was all about kicker Sarah Fuller. On Sunday, the Commodores decided to fire head coach Derek Mason after the weekend’s 41-0 loss at Mizzou sent the team to 0-8 on the season.

So, Mason finishes his six-plus years at Vanderbilt with an overall record of 27-55. He went 10-46 in SEC play and 0-2 in bowl games. What led to this decision and where should the Commodores turn next? Let’s take a look at some of the immediate reaction to Vanderbilt’s decision:

Firing Mason now was a bit of a surprise, but perhaps Vanderbilt wanted to make sure it didn’t get left behind on the coaching carousel. The search is on for a new coach. We’ll see if the Commodores invest more in their football facilities moving forward. For now, Mason is a free agent, too. He’ll be an interesting name to keep an eye on as teams find themselves looking for defensive coordinators.

We mentioned in the previous section that Vanderbilt is now an abysmal 0-8. But, the Commodores are far from the only winless team in the FBS ranks. There are a total of 13 teams that have played at least three games this season and have yet to win. For today’s quiz, can you name those 13 teams?

It was another interesting weekend for uniform combinations. Which teams wore it best (and worst)? 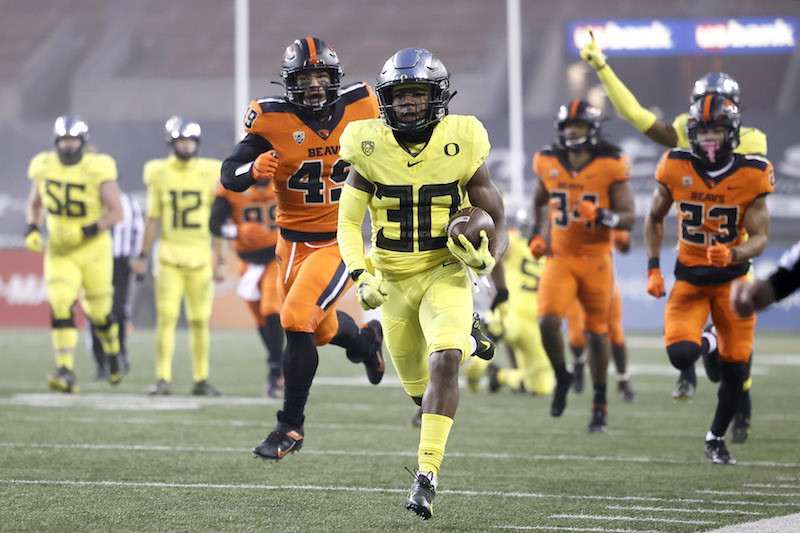 Rivalry Week is always an exciting one in the college football world. Yes, this weekend was different due to the pandemic and the schedule changes it has caused, but it was still fun and plenty of good games were played. That means there were also some fun uniform combinations (and some not-so-fun combos).

So, which teams had the best and worst looks of the weekend? Let’s take a look at some of the uniform combinations we liked best from this week in college football:

The regular season is starting to wind down. That means there are only a couple more weeks for teams to impress with their jerseys and uniforms. Hopefully, that means we’ll see some squads pulling out all the stops this coming weekend. Tune in next Monday for some more uniform talk!

The 13 FBS teams that have played at least three games and are still winless are:

Utah (0-2) and Arizona State (0-1) are also winless, but haven’t played enough games yet to qualify for this list.

– Alabama coach Nick Saban wasn’t able to be on the sidelines for Saturday’s Iron Bowl due to a positive COVID-19 test. He watched on TV and joked that there may have been a few times when he wasn’t too happy with his squad during the 42-13 win. 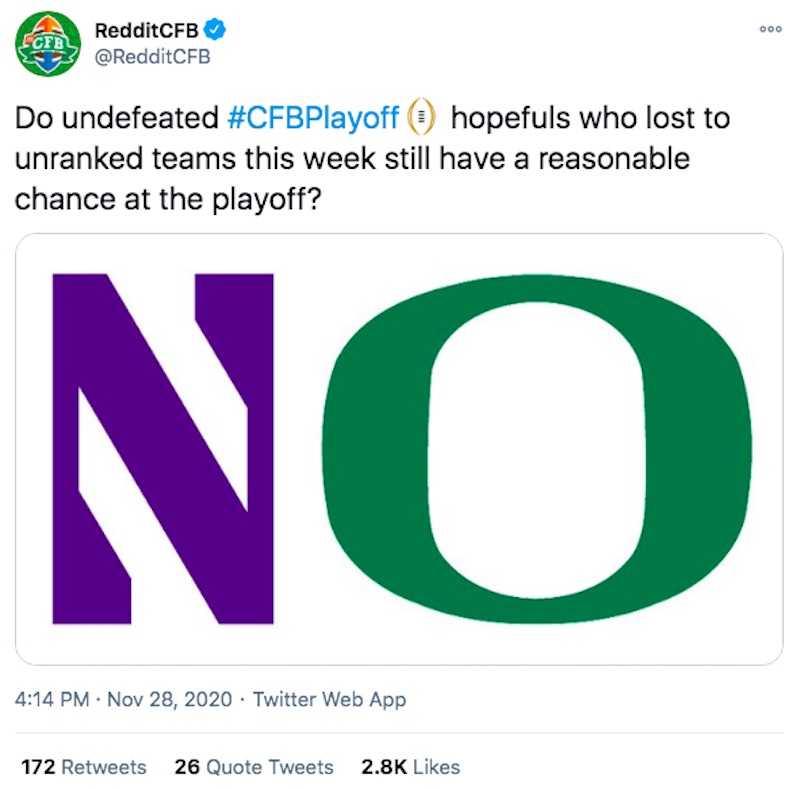 Northwestern and Oregon entered the weekend as fringe College Football Playoff contenders. They both promptly lost. Now, it seems neither squad will have a legitimate chance of making the field of four Playoff teams.