Hurricane Florence and college football: 9 games have been cancelled, 9 rescheduled

Hurricane Florence continues to bear down on the Carolina coast, causing evacuations and preparations for a major impact.

Below, we’ve compiled a list of all the changes made to the Week 3 calendar so far:

As you can see below, the folks at Reddit put together a map of games affected by the impending storm:

Updated CFB map for game decisions this weekend related to #Florence following the Gamecocks' cancellation. Games that have been rescheduled to a different time or day this week now labeled in green: pic.twitter.com/I2nt0YatU6 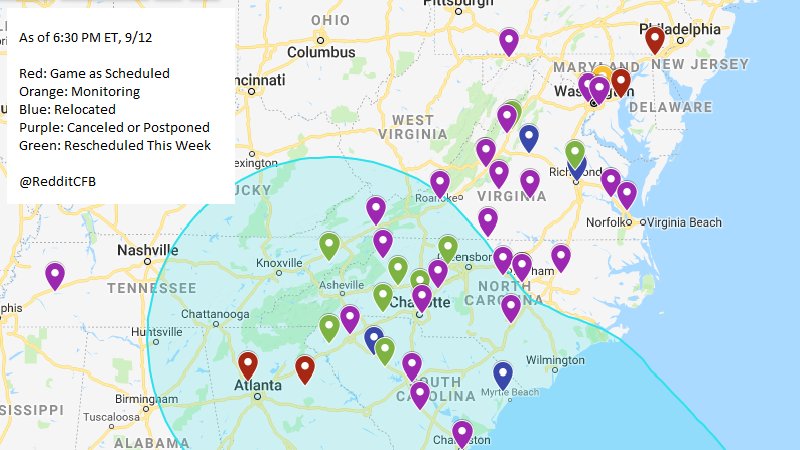 South Carolina is the only SEC team to be impacted so far, but Georgia officials are reportedly watching the path of the storm closely.