The Auburn Tigers made a statement on Saturday afternoon at the Chick-fil-A Kickoff Game in Atlanta, beating the No. 6 Washington Huskies.

The Tigers rose from No. 9 to No. 7 in the AP Poll as a result of that victory, and on Tuesday, coach Gus Malzahn received some recognition for his squad’s effort.

As you can see below, Malzahn was given The Dodd Trophy Coach of the Week award for Week 1 of the 2018 season: 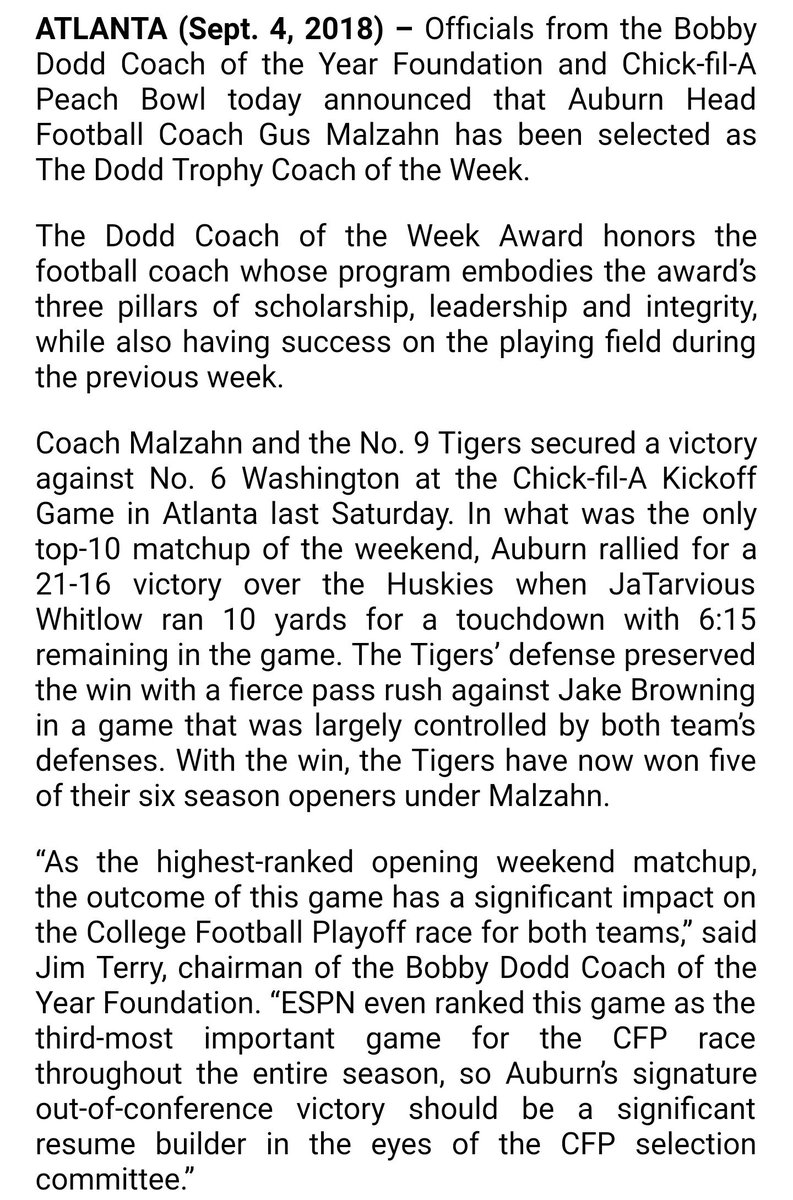 The Bobby Dodd Coach of the Year award will be given out at the end of the season, but after winning the weekly honors in Week 1, it’s safe to say Malzahn is in the driver’s seat.

Will the Tigers continue to win big games? There are plenty on their remaining schedule, starting in Week 3 when LSU comes to Jordan-Hare Stadium.