According to a statement released on Monday, Georgia officials expressed concern over a weekend incident involving a member of the Bulldogs baseball team at the Georgia-Tennessee football game.

Per the report, 1B Adam Sasser, who was a second-team All-SEC player in 2018, used racially derogatory comments toward QB Justin Fields.

A Facebook post created after the game has surfaced that details alleged statements Sasser made on Saturday, and was shared to the “Overheard at UGA” page. 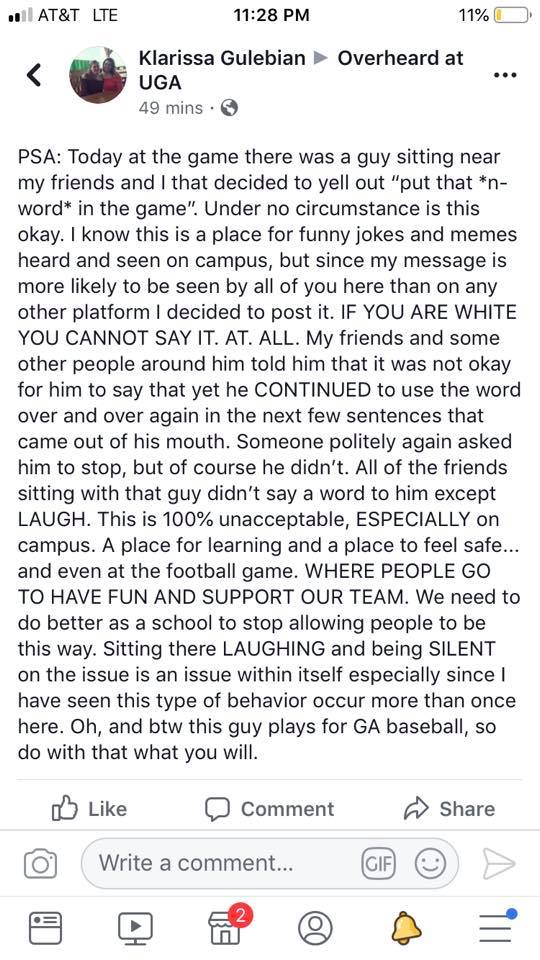 According to UGASports.com, Georgia athletic director Greg McGarity released this statement on the ongoing situation:

“We are aware of a reported incident this weekend involving conduct by one of our student-athletes. While we are limited in what we can say about the incident at this time, I want to reemphasize that we do not condone discriminatory behavior. The University’s Equal Opportunity Office thoroughly reviews all reported violations of our Non-Discrimination and Anti-Harassment Policy to ensure an appropriate response.”