Good morning and happy Monday! Just because the 2020 season has come to an end doesn’t mean the news cycle has slowed down at all. The coaching carousel is still spinning and fans and analysts are already starting to look ahead to the 2021 season.

In today’s newsletter, we’ll discuss how Georgia could be positioned for a special 2021 season. Then, we’ll look at some recent storylines involving Jim Harbaugh at Michigan. Finally, we’ll dive into another offseason full of coaching staff turnover under Nick Saban at Alabama. Let’s get started!

Georgia has a bunch of key players returning in 2021. Can the Bulldogs take the next step under Kirby Smart? 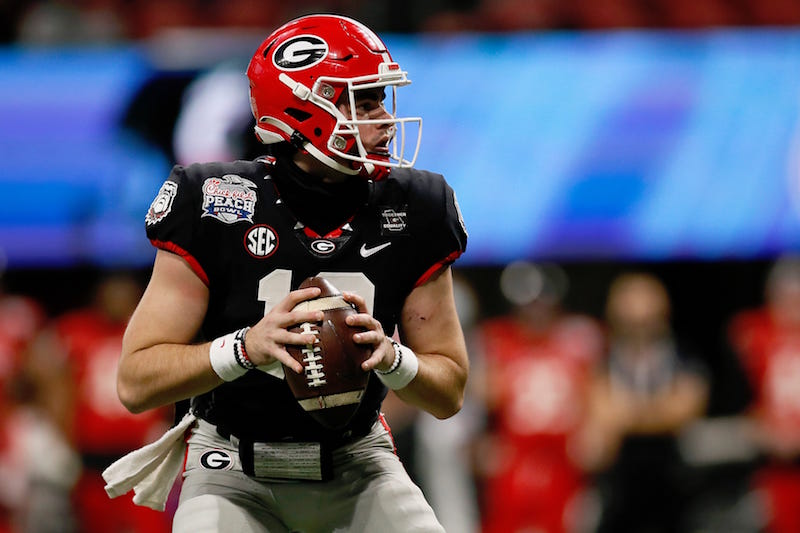 The Georgia Bulldogs haven’t won a national championship since 1980, something their rivals like to remind them of on a daily basis. They’ve come close under coach Kirby Smart, winning the SEC title and making it to the College Football Playoff before losing to Alabama in overtime of the championship game. But, close doesn’t count, of course.

Still, optimism is high in Athens heading into the 2021 season. A number of key players are returning on both sides of the ball and the Bulldogs figure to be ranked highly heading into the fall. So, will Georgia be a title contender in 2021? Or, will they again come up short? Let’s take a look at some of the early headlines surrounding Smart’s program as we enter the offseason:

The Bulldogs are no stranger to high expectations. So, how do they actually live up to them this fall? Saturday Down South’s Sydney Hunte named 6 priorities the Bulldogs should have this offseason. Florida is still looming as a potential road block in the SEC East. In the West, Alabama remains a buzzsaw. We’ll see if Georgia can get over the hump and get back to the Playoff. It won’t be easy!

Michigan extended Jim Harbaugh’s contract. Will the Wolverines finally be able to get over the hump in the B1G? 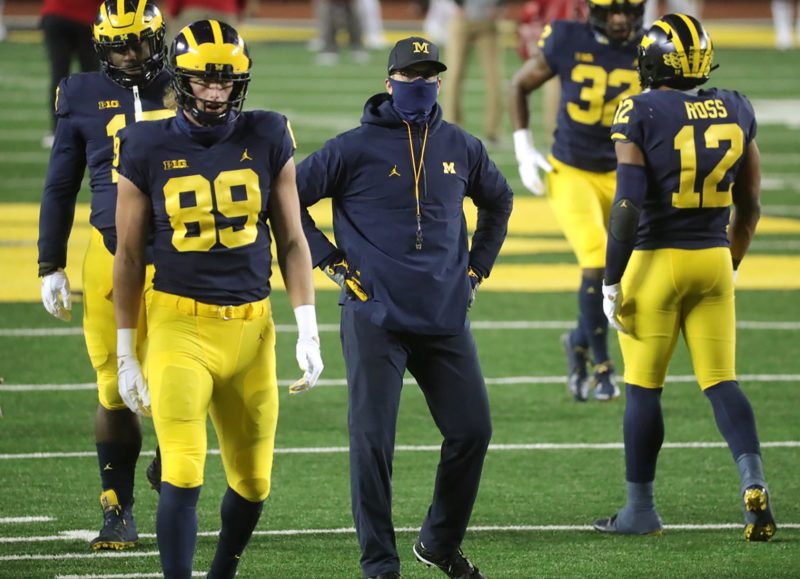 It took longer than anticipated, but Michigan and Jim Harbaugh finally agreed to a contract extension last week, keeping the head coach in Ann Arbor through the 2025 season. Despite a dreadful 2-4 campaign in 2020, athletic director Warde Manuel still has faith that Harbaugh is the right guy to lead the Wolverines.

While there’s still plenty of criticism about Michigan’s decision to keep Harbaugh around despite failures to beat Ohio State, win a B1G title or reach the College Football Playoff, the head coach has already proven he’s willing to make some major changes to be successful. A lot has already happened since the contract extension was signed. Let’s take a look at what’s happening in Ann Arbor:

The move by Michigan to extend Harbaugh is one that seems to divide people in college football. Saturday Tradition’s Adam Biggers says it’s the right move for the program, as Harbaugh continues to keep the Wolverines relevant. ESPN’s Paul Finebaum disagrees, saying Michigan will never win on a major level as long as Harbaugh is the head coach in Ann Arbor. Some things never change.

The coaching carousel is still spinning, but most FBS head coaching gigs seem set for the 2021 season. So, for today’s quiz, we’ll give you the names of five current FBS head coaches. Can you name the program they currently lead? Here we go:

Nick Saban finds himself in need of some new assistants. How does he overcome losing staffers every offseason? 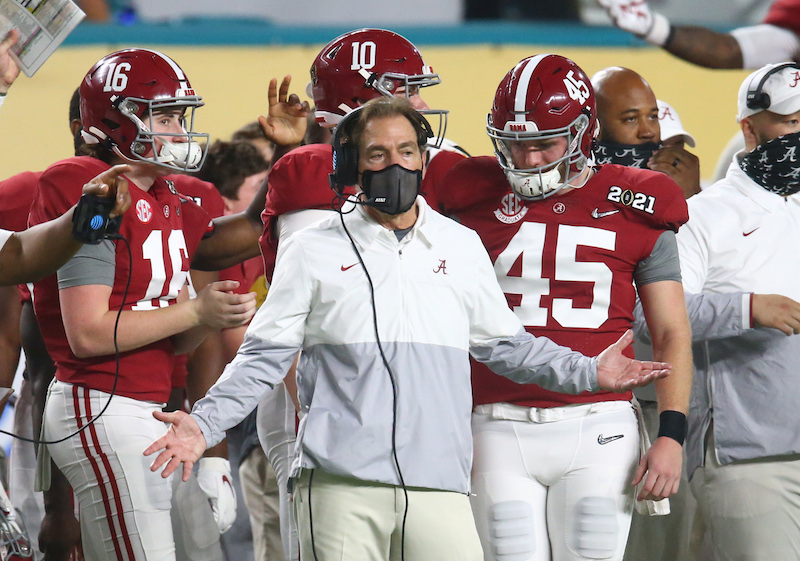 When you win as much as Nick Saban has since taking over at Alabama in 2007, losing your top assistants is the price of doing business. After winning the College Football Playoff title game last week, Saban has once again watched a number of his key staffers head off to different schools to take on bigger roles. But, it’s probably safe to say he’ll make some new hires that will work out and, come this time next offseason, will have some more openings as other programs poach his top guys.

So, what’s the situation with Alabama’s coaching staff this offseason? Let’s take a look at some of the staff turnover that has happened in Tuscaloosa after Saban’s sixth title with the Crimson Tide:

Trying to find the next Nick Saban has cost SEC programs nearly $200 million since 2007. But, it isn’t as easy as simply hiring a guy who has worked under Saban. Yes, some have success, but many others end up out of a job in a few years. Will Sarkisian, Huff and others find success away from Saban? We’ll find out starting this fall. And, we’ll also see who Saban brings in to groom as the next assistants who will potentially land head coaching gigs over the next few years.

Here are the answers to today’s FBS coaches quiz:

“To be honest, when they told me I was gonna have a chance to play, I already had it in my mind to play. It was just great to get back out there with the team and just really do it one last time and go out the right way.”

– Alabama WR Jaylen Waddle made an impact in the title game after missing time with an ankle injury. He said once he was medically cleared, there was no question he was going to suit up against Ohio State. 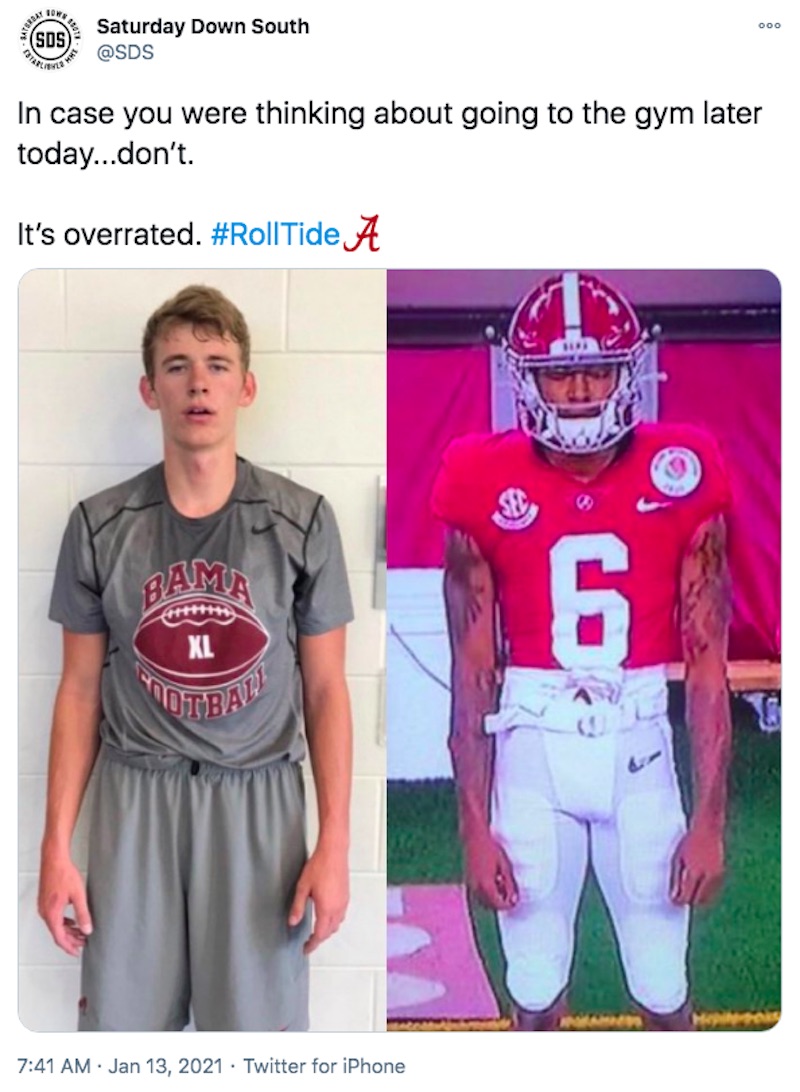 That’s Alabama QB Mac Jones on the left during his freshman season and Heisman-winning WR DeVonta Smith on the right. It just goes to show that you don’t need to be insanely strong or big to be successful in college football, although that certainly doesn’t hurt, either!